The former KKR captain will be commentating during the World Test Championship final between India and New Zealand. 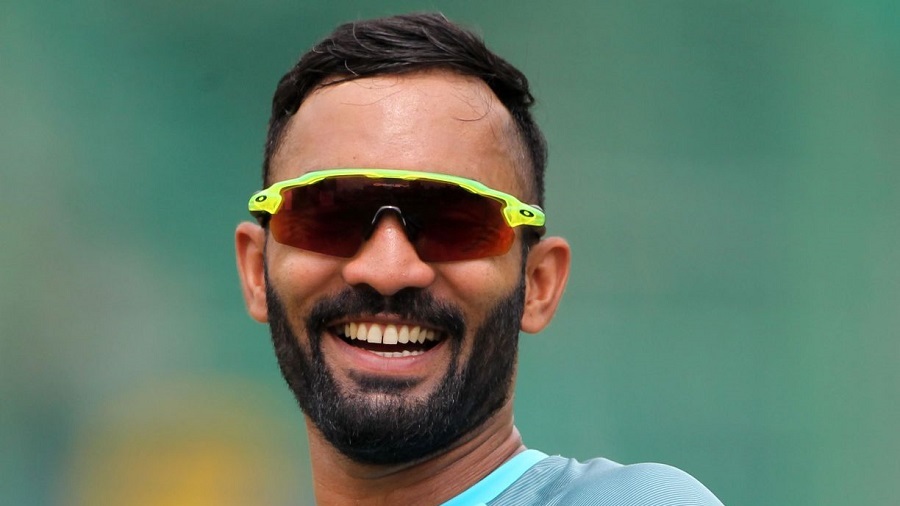 India and Kolkata Knight Riders wicketkeeper batsman Dinesh Karthik has cited the example of Test specialist Cheteshwar Pujara to say that the constant talk over strike rate in the longest format is “absolute nonsense”.

Pujara did not make a lot of runs in Australia but the amount of time he batted played a big role in India's triumph Down Under earlier this year.

“I feel this strike rate is absolute nonsense. If you take the number of Test matches that have gotten over in four days it is about 80-82%. So, why bother about strike rate, let the guy play at whatever strike rate he wants to play, as long as he is able to win Test matches for India,” said Karthik on Star Sports.

The former KKR captain will be commentating during the World Test Championship final between India and New Zealand.

Pujara, who did not get many runs in the home series against England, will be crucial to India’s chances in the final beginning on Friday.

“We have played on some tough conditions (in the last series at home), you can't always put up numbers to justify how well a guy is playing. If you take that Sydney test the number of blows that he just took. Pat Cummins (KKR teammate) was talking to me about that in IPL saying the difference between India drawing the Test match and losing it was one man, Cheteshwar Pujara. The amount of time that he batted, he was giving him body blows.

"If you had put any of the other Indian batsmen at that stage of the day, early on when there is probably a little bit of juice, they would have struggled. There was a good chance we would have capitulated on that game. For us to not cross that hurdle, to get to Brisbane unscathed, the reason was Pujara in a big way.”

Karthik also spoke about the bond that Virat Kohli and Kane Williamson share.

“As cliched as it sounds, fire and ice is the best way to put it for both of them. This guy (Virat Kohli) breathes fire, that guy (Kane Williamson) is about as cool as it comes. You need 32 runs in one over, he is still smiling and making it look like it’s too easy. Virat on the other hand, you know he is in your face, if you get it once wrong, he is going to give you the choicest of words when you go back once you get out. That's always been the experience that I have had and that is the beauty of playing with both of these guys. They love their cricket, but they play two different ways. They have had the rivalry for the longest time now, right from the under-19 days, but even now one of the cricketers Virat Kohli genuinely and mutually admires, I think they always put these four cricketers together Virat Kohli, Joe Root, Steven Smith, and Kane Williamson,” he said.