Among the Indian batsmen, he has a fair idea of the conditions at the Ageas Bowl, courtesy his stint with Hampshire a couple of years ago 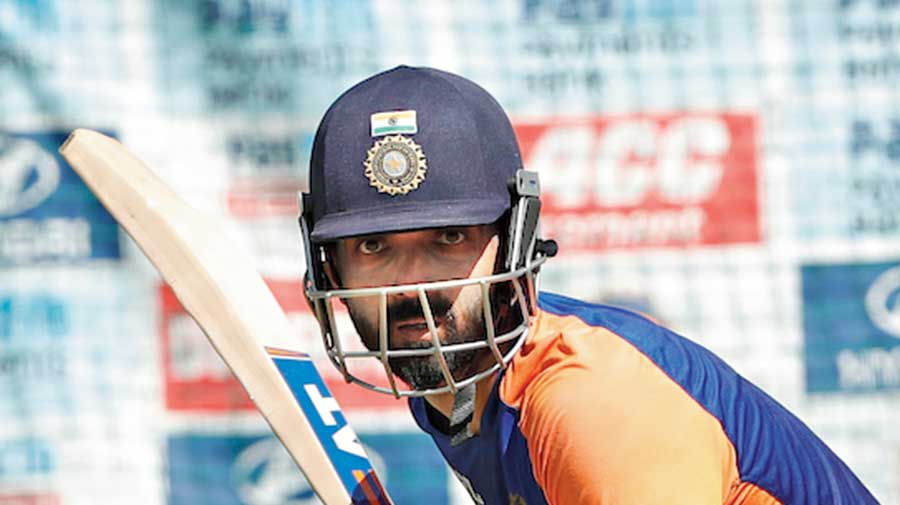 Along with bouncers, seam, swing and vicious turn from opponent bowlers, Ajinkya Rahane has also had to deal with a more than fair share of criticism. Even though he is India’s top scorer in the World Test Championship cycle (with 1095 runs) and led the team to a series win in Australia, braving a trying situation.

However, instead of hitting back at the critics, Rahane credits them for helping him reach where he is today.

“It’s because of the criticisms that I’m here. So I’m happy to take them. I’m always going to give my best whether people criticise me or not,” the India Test vice-captain said during a virtual interaction on Wednesday, ahead of the WTC final in Southampton from Friday.

“For me, what’s important is to give my best for my team and contribute every time as a batsman and a fielder. I don’t think about criticism, to be honest.

“People criticise me, maybe that’s their job. And I cannot control the uncontrollable. I believe in working hard and following the process, which ensure results,” Rahane emphasised.

Among the Indian batsmen, Rahane has a fair idea of the conditions at the Ageas Bowl, courtesy his stint with Hampshire a couple of years ago. The India No.4, though, prefers staying in the moment.

“Being the highest run-scorer (in the WTC cycle) also doesn’t matter now. That is in the past. I just want to give my best in this Test and look to play freely as an individual. That will be the key. If we can play freely and put our best foot forward, we’ll get the result we want,” Rahane added.

His numbers in England don’t appear to be too impressive, but Rahane is unperturbed. “I’ll be playing my natural game and my record in England doesn’t really bother me.

“As long as I contribute to my team’s success and the team wins the series I’m happy. That’s what matters to me. Even if I score 30-40 runs that are valuable, I will be happy. It’s all about contributing for my team, so I don’t want to put pressure on myself,” Rahane emphasised.

Former India captain and chief selector Dilip Vengsarkar doesn’t read much into Rahane’s unimpressive figures in England. “Well, you shouldn’t forget the century he scored at Lord’s (in 2014) which helped India win that Test match.

“Agreed, in 2018 he might not have scored in bulk, but we should look at it as just one series where he struggled. It has happened to even the best in the world. What counts is Ajinkya’s experience and how he has been contributing in difficult situations,” Vengsarkar told The Telegraph.

Asked what kind of approach Rahane should have against the New Zealand quicks, Vengsarkar said: “He knows best. He knows how to deal with them and I’m sure he’ll be able to deliver.”

Team India aren’t putting extra pressure on themselves just because they will be playing the final, Rahane said. They are taking it as “just another game”, but he agreed that he and the rest of the batsmen need to be on top of their game.

“We know bowlers get their due share because of the conditions in these places. So it’s imperative that us batsmen step up and do what’s needed as that’s crucial in Tests in England.”

India are also aware of making sure youngsters in the team aren’t tense. “It’s just a mental aspect. It is really important to switch mentally and adapt quickly.”