The game was marred by fighting between Hungary fans and baton-wielding cops, with riot police entering the fray as visiting supporters forced stewards and police back down a tunnel 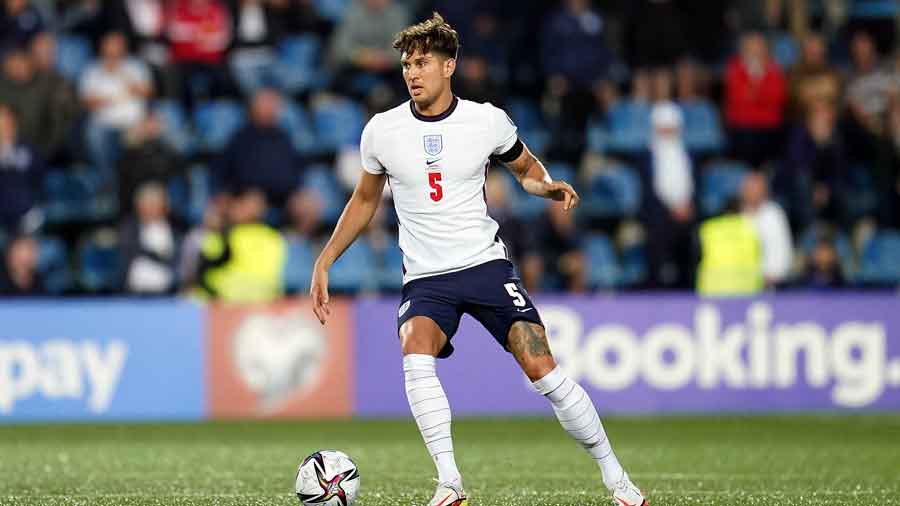 England took another, somewhat faltering, step towards 2022 World Cup qualification when they drew 1-1 with Hungary at Wembley on Tuesday and are now three points clear at the top of Group I with two matches remaining.

The game was marred by fighting in the stands between Hungary fans and baton-wielding police just after kick-off, with riot police entering the fray as visiting supporters forced stewards and police back down a tunnel.

On the pitch, the visitors went ahead with a Roland Sallai penalty in the 24th minute after England’s Luke Shaw caught a stooping Loci Nego in the head as he attempted a clearance. England equalised after 37 minutes when a Phil Foden free-kick was flicked on by Tyrone Mings and the ball was turned in by John Stones from close range.

The centre back came close to a second when he headed a corner just wide after an hour while Harry Kane miskicked when well placed in front of goal — the captain’s last contribution before being replaced by Tammy Abraham for the last 15 minutes.

That, and other changes, failed to swing the game England’s way as Gareth Southgate’s experiment of playing Foden, Jack Grealish and Mason Mount together in a miniature midfield proved something of a failure.

The result leaves England top of the group on 20 points, ahead of Poland, who beat Albania (15 points) 1-0 away in another match hit by crowd trouble.

A 58th career hat-trick from Cristiano Ronaldo — 10 for Portugal, 1 for Manchester United, 3 for Juventus and 44 for Real Madrid — helped Portugal stroll to a 5-0 home win over Luxembourg in Group A.

The victory ensures Portugal remain a point behind leaders Serbia, who moved onto 17 points with a 3-1 home win over Azerbaijan, with a game in hand and superior goal difference.

Portugal had the game all but won within the first 18 minutes. Ronaldo struck twice from the penalty spot before Bruno Fernandes made it three. Portugal got their fourth through a Joao Palhinha header.

Denmark became the second European nation, after Germany, to reach the 2022 World Cup after a 1-0 home win over Austria left them top of qualifying Group F with an unassailable seven-point lead over second-placed Scotland with two games to spare.