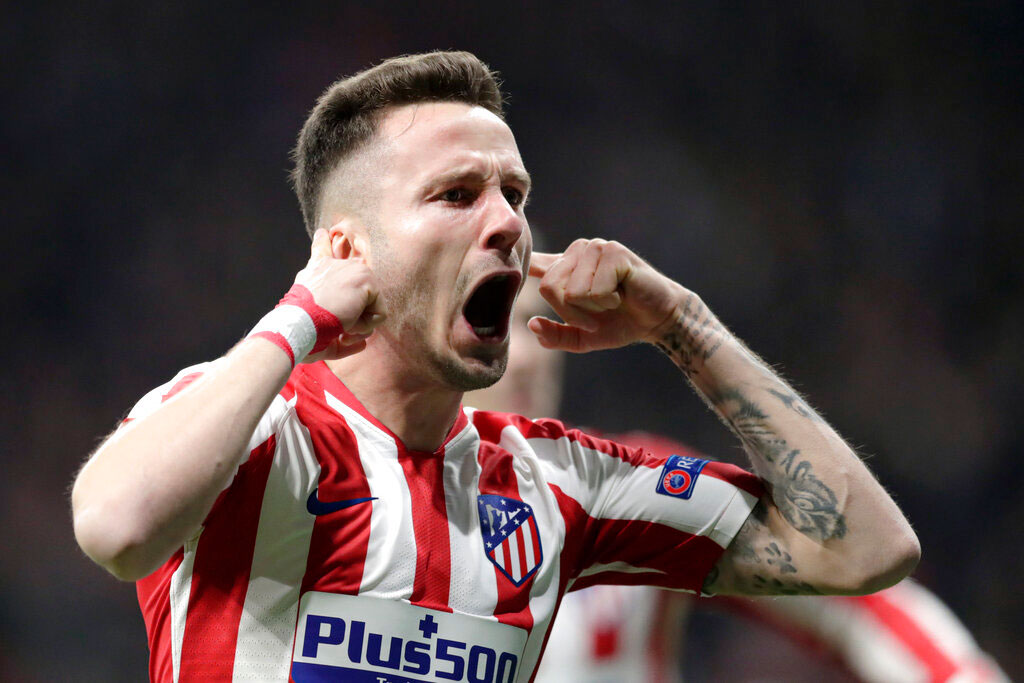 Liverpool manager Juergen Klopp expects a very different atmosphere at Anfield will help turn his side’s Champions League last 16 tie with Atletico Madrid around after a 0-1 first leg defeat in the Spanish capital on Tuesday.

Saul Niguez’s early strike inflicted just Liverpool’s second defeat of the season in all competitions with a senior team. The holders were frustrated by the hosts’ playacting and Polish referee Szymon Marciniak’s performance as Atletico boss Diego Simeone whipped the Wanda Metropolitano crowd into a frenzy.

“Wow, that’s energy!” Klopp told BT Sport when asked about Simeone’s touchline antics. “I don’t think I have to do that much to be honest (in the second leg), I hope I can be focused a little bit more on the game.

“Our people will be ready. Welcome to Anfield! It’s not over yet.”

Klopp replaced Sadio Mane at half-time with the Senegalese at risk of being sent-off as Atletico players surrounded Marciniak demanding a second yellow card for the African Player of the Year just before the break.

“He was targeted, that was clear,” added Klopp. “Sadio played a really good first half and the only thing they wanted is to make sure he gets a yellow card.

“For me we didn’t lose, it’s only half-time, the score is 1-0 that’s all. But you need to be really strong as a ref in this atmosphere, that was obviously not easy.”

The visitors were also riled by the celebrations of Simeone and some of his players at full-time after they secured a victory that could kickstart a faltering season.

“They’ve celebrated as if they’ve won the tie after the game, so let’s see,” said left-back Andy Robertson. “We’ve got a couple of weeks, Premier League business to take care of, and then we’re coming back to Anfield.

Simeone said: “You don’t ever forget nights like this, one of the best teams around coming here and us winning. I can remember few nights like this in my eight years here. It was truly exciting.”

Atletico have built a reputation on upsetting the apple cart but they have endured a terrible season, losing to a third division team in the Copa del Rey, suffering numerous injuries and falling 13 points behind leaders Real Madrid in La Liga.

“Lagging behind in the league, out of the Copa and with (former captains) Diego Godin and Gabi gone, everything pointed to the end of an era,” said newspaper AS. “Then suddenly, no. Against the hardest test of all, the best team in Europe, Simeone’s Atletico rose again and produced one of their best performances in years.”

El Pais added: “Even champions like Liverpool end up begging for mercy when faced with a dentist like Atletico.”