The hockey world cup will be an 18-day event, which will be held at the Kalinga Stadium in Bhubaneswar 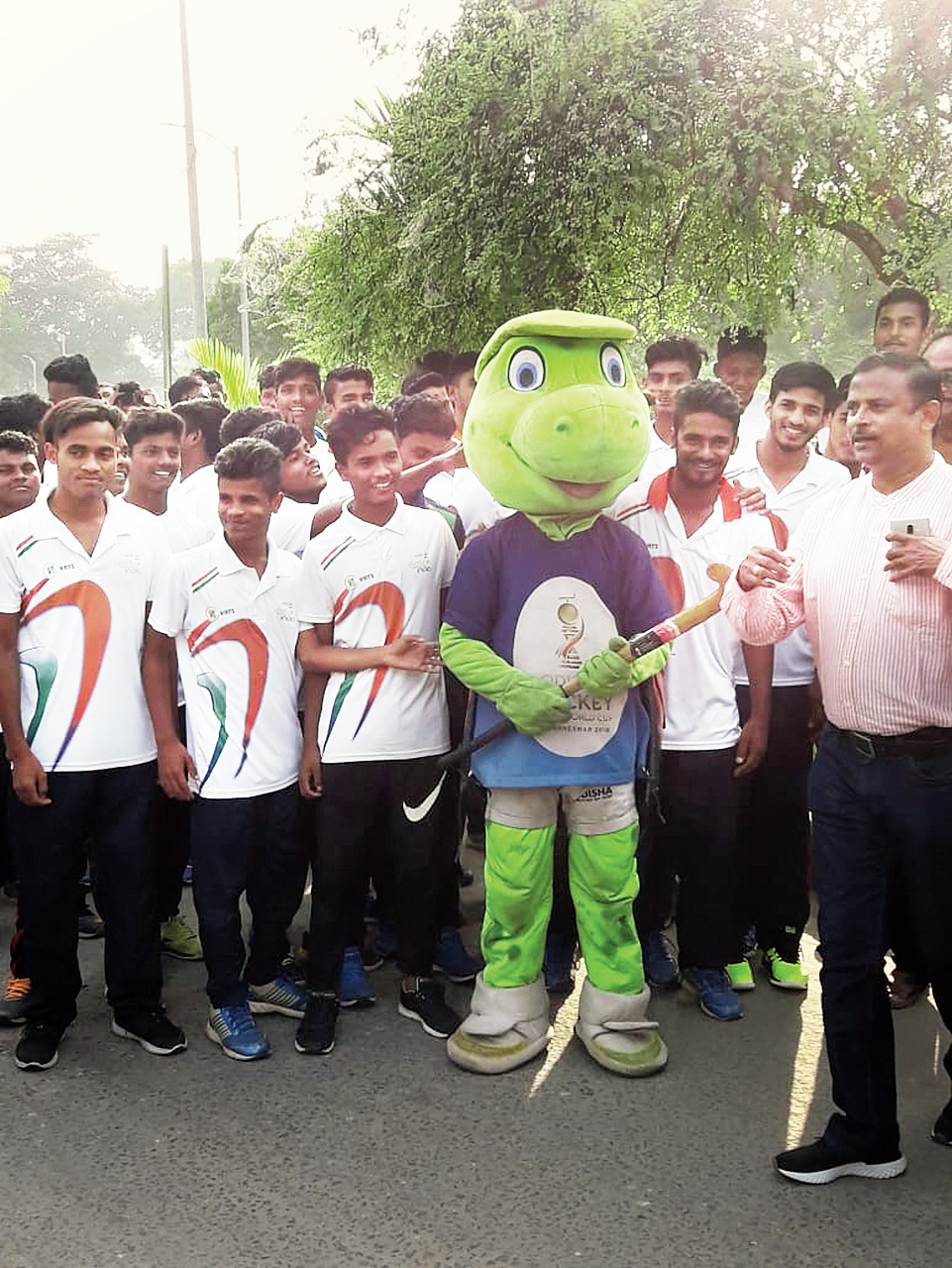 The official mascot of Men’s Hockey World Cup 2018, Olly, which represents Olive Ridley sea turtles, was given a lively welcome in the city on Sunday.

The mascot reached the Jawaharlal Indoor Stadium with a hockey stick and ball in his hand. He also indulged in a photo session with the inmates of the sports hostel and hockey fans.

The world cup is scheduled to be held in Bhubaneswar from November 28 to December 16. State health and law minister Pratap Jena, who was present on the occasion, said the mascot aimed to promote the event and raise awareness about the conservation of the endangered olive ridley turtles.

“From the games point of view, Olly symbolises the spirit of sportsmanship and encourages the participants to play the sport with complete fairness and in the right spirit,” Jena said.

District sports officer Rashmiranjan Samantaray said: “Olly will be at the Satyabrata Stadium around 7.30 am on Monday and later in the day he will visit Police High School in Tulsipur and reach DAV School at Markatnagar before leaving Cuttack.”

The hockey world cup will be an 18-day event, which will be held at the Kalinga Stadium in Bhubaneswar.