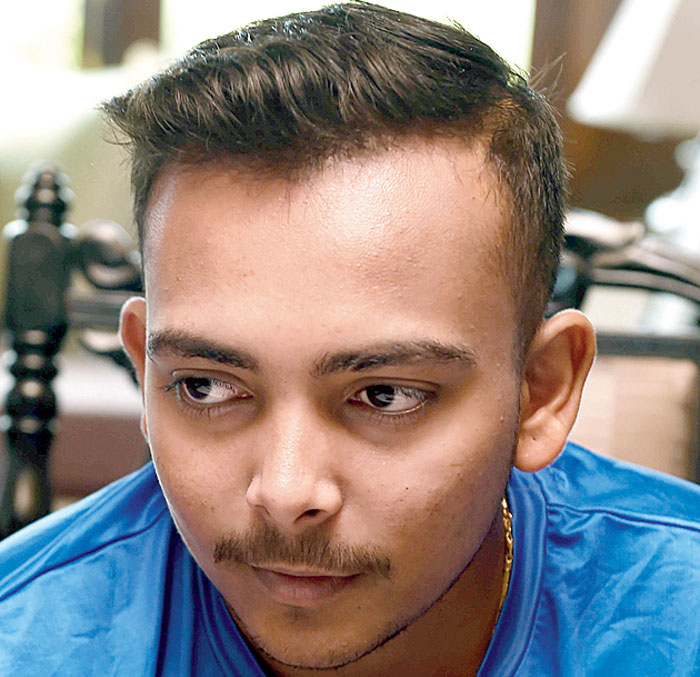 The urine sample provided by Prithvi Shaw on February 22 this year found traces of terbutaline, which is a prohibited substance under category S3 of the 2019 Wada prohibited list.
Sourced by the author
Angshuman Roy   |   Calcutta   |   Published 07.08.19, 09:21 PM

The Prithvi Shaw doping case is getting interesting now.

The Board of Control for Cricket in India (BCCI) may feel it has gone by the book by slapping a retrospective ban on the promising India cricketer, but the World Anti-Doping Agency (Wada) may step in if it finds that the anti-doping code has not been followed.

“If there is doubt as to whether the Code has been applied appropriately, Wada may seek further information and reserves the right to appeal the case,” a Wada spokesperson told The Telegraph through an email communication.

“Reserves the right to appeal the case” is the most significant part. It means Wada may also go to Lausanne-based Court of Arbitration for Sport (CAS).

Last year, weightlifter Geeta Rani was slapped with an increased suspension of four years by the CAS following an appeal by the Wada.

Rani’s samples collected on February 5, 2015 and March 5 tested positive for methandienone, an anabolic steroid. She was handed a two-year suspension by the Nada (National Anti-Doping Agency). The ban was reduced after Rani alleged foul play. However, Wada argued that the sabotage theory was not supported by evidence.

The BCCI is not a Nada signatory since it contends it’s not a National Sports Federation. But it comes under the anti-doping agency since the International Cricket Council (ICC) is Wada compliant.

“We will review the case, as we always do, and follow the usual process accordingly. The process includes reviewing each case to ensure that the World Anti-Doping Code has been applied appropriately,” the email also stated.

The review may open a Pandora’s box as Shaw could not provide the prescription for the cough syrup he obtained from a pharmacy over the counter.

Also he did not retain the bottle and packaging after use. The urine sample provided by Shaw on February 22 this year found traces of terbutaline, which is a prohibited substance under category S3 of the 2019 Wada prohibited list.

The retrospective ban on the debutant centurion (versus West Indies in Rajkot in October last year) started on March 16 and will end on November 16.

The Wada spokesperson in the email maintained that “Article 20.3.2 of the Code states that an International Federation (ICC in this case), which is a Signatory of the Code, must require as a condition of membership that the policies, rules and programs of their national federations (BCCI) and other members are in compliance with the Code”.