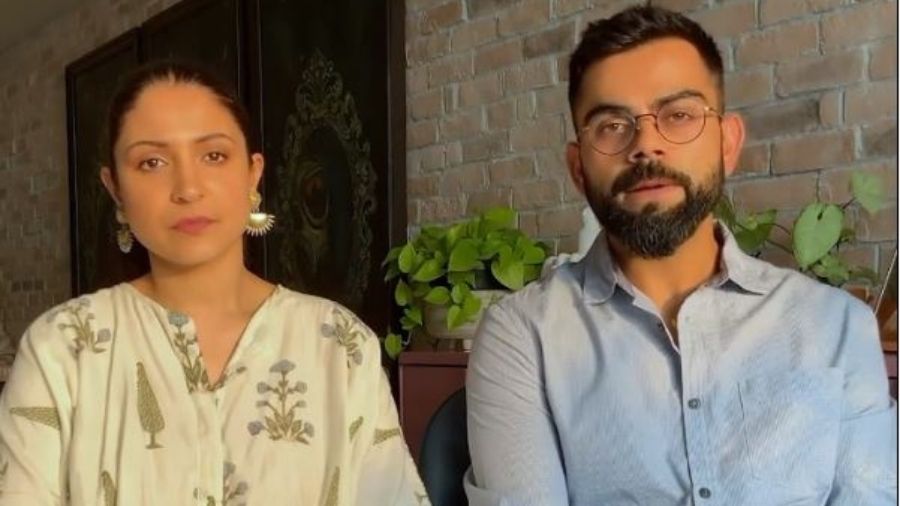 Virat Kohli has joined the list of cricketers who have contributed to India’s fight against Covid-19.

Kohli, along with his wife Anushka Sharma, donated Rs 2 crore for the campaign which aims to raise a total of Rs 7 crore. A press release issued by the couple stated, “Virat Kohli and Bollywood superstar Anushka Sharma are aiming to raise Rs. 7 crore for Covid relief in India. They are kickstarting a fundraising campaign #InThisTogether on the crowd-funding platform Ketto and are putting Rs. 2 crores for this initiative.”

Kohli and Anushka took to social media to announce the campaign through a video clip, and said, “Since the Covid-19 outbreak, our country is going through trying times, our health systems are being challenged, we need to come together and help our India.”

Kohli and Anushka are fundraising through the digital crowd-funding platform Ketto. The crowdfunding window will be open to accepting contributions for the coming seven days, and all the proceeds will be moved to an organisation named ACT Grants, which has been involved in relief work during the ongoing pandemic.

“Having strong voices like Anushka and Virat help drive fundraising efforts will go a long way towards helping us realise this goal. On behalf of India's startup ecosystem, ACT Grants is truly grateful to have them join this mission.”ACT Grants spokesperson Gayatri Yadav said in a statement.

The other cricketers who stepped up in the fight against the pandemic are Ajinkya Rahane, Hardik and Krunal Pandya, Ajinkya Rahane, Irfan and Yousuf Pathan, Jaydev Unadkat and Shikhar Dhawan.

Virat Kohli’s IPL 2021 outing was cut short after Covid-19 sneaked through the bio-bubble, infecting three members of the Chennai Super Kings camp. Wriddhiman Saha, Sandeep Warrier, Varun Chakravarthy and Amit Mishra are among the names who are currently in quarantine after being infected.

On the cricket front, Virat will be looking forward to the World Test Championship final against New Zealand which starts in June in England.