Advertisement
Home / Sports / US Open: Who took the first set from Federer? Nadal or Nagal

US Open: Who took the first set from Federer? Nadal or Nagal

Sumit Nagal bows out after first round after initial shocker set 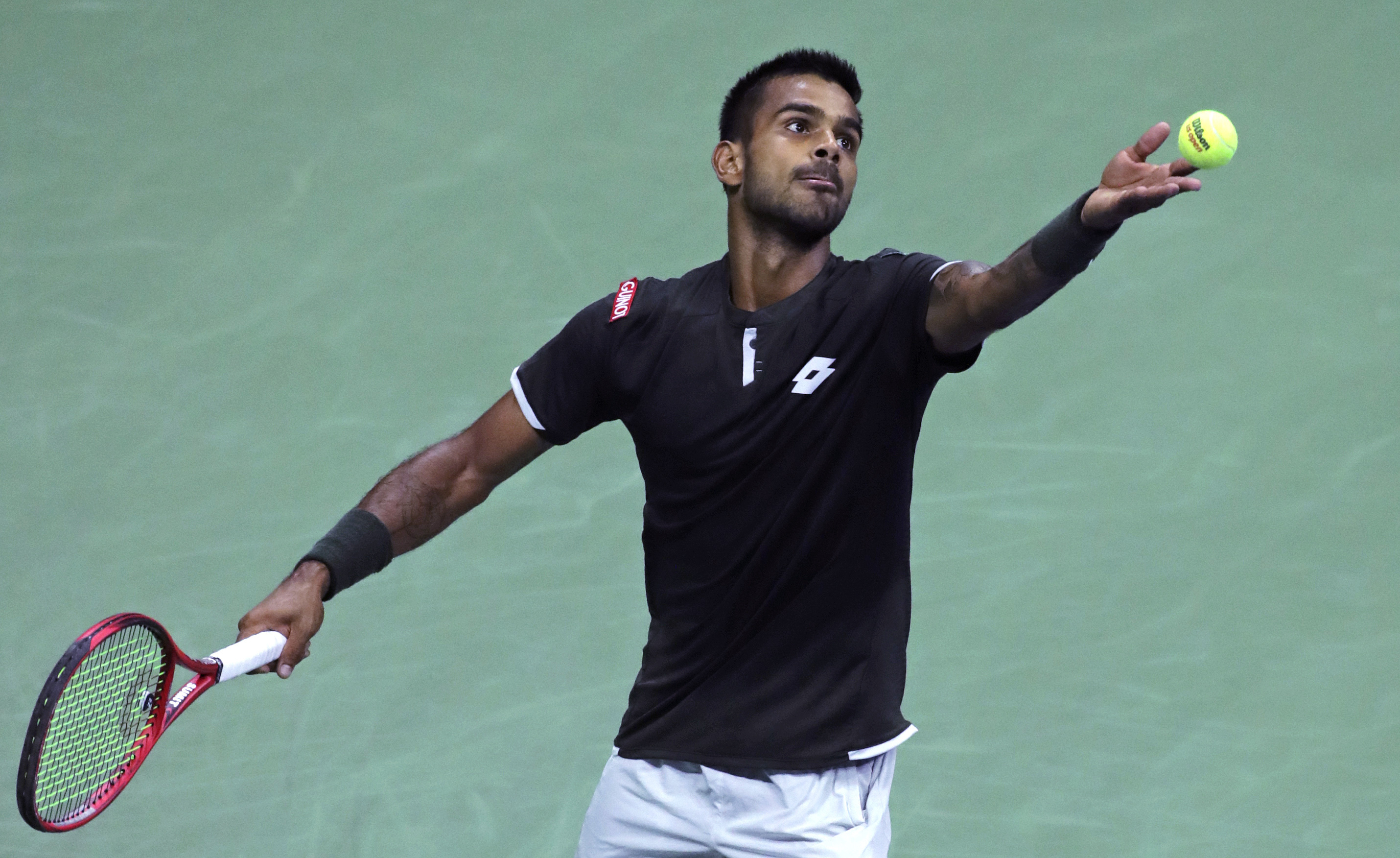 Written with AP and PTI inputs

The news agency AP today wrote that Roger Federer dropped he first set of the first round of the US Open aganst 'someone named Nagal'.

Tongue firmly in cheek, it said in the next line: 'No, not Nadal. Nagal'.

After Federer recovered in the subsequent three rounds to win 4-6, 6-1, 6-2, 6-4, a TV journalist asked him if he had mistaken his opponent to be Nadal, not Sumit Nagal. Federer smiled and said 'no'. Later at the match news conference he showered praise on Nagal, who like Rafael Nadal, seemed lke a clay court player to Federer.

Sumit Nagal, 24 and a Delhi-born rising Indian name in tennis, is ranked 190. But last nght at Arthur Ashe Stadium in New York, he arrived despite his loss.

Tennis watchers wondered how did the 20-time Grand Slam champion deal with digging himself that hole in the first set?

'Just try to forget it,' Federer said during his on-court interview at Arthur Ashe. 'Play tough. Stay with him. It was a tough first set for me.... Credit to him.'

When that first set ended, there were plenty of people looking on in disbelief — in Federer's guest box, certainly; around the stands, of course; and in front of TVs at home, surely. 'People expect a different result,' Federer said.

This was not, after all, Nadal, someone Federer has never faced at Flushing Meadows but trails 24-16 head-to-head overall. Instead, it was Nagal, who is now 0-5 in tour-level matches for his career, trailing Federer by 1,224 victories.

'It would have been a better story,' Nagal said before heading to Genoa, Italy, to enter a low-tier Challenge Tour event on red clay, 'if I had got another set or more.'

Federer was a big part of what transpired in the early going. Of the 32 points Nagal won in the first set, only three arrived via his own winners. Of the other 29, 19 were thanks to unforced errors by Federer, and another 10 were forced errors off the Swiss star's racket.

One particular issue was Federer's serve. He won merely seven of his initial 20 second-serve points.

But he returned well throughout, breaking in Nagal's first service game of every set, and eventually, the rest of Federer's game came around, too.

'Maybe it's not a bad thing to go through a match like this,' Federer said later.

Nagal soon saw a better Federer than was present at the outset Monday.

'He loves putting pressure on the other guy. The thing with him is you don't know what type of shot (he'll play),' Nagal said. 'He's always making you think. ... You have no idea where the ball is coming back.'

At the post-match news conference, Federer said he saw a 'solid' career ahead for Nagal. 'I think he knows what he can bring. That's why I think he's going to have a very solid career. But, of course it's not the game that comes out with the biggest surprises. It's really consistent. I think he did it very well tonight,' Federer said.

Dissecting the game of his newest opponent, the 38-year-old Federer said the Indian's game seems like the one of a clay-court specialist. 'I think his game is based on being really consistent, moving well, moving the ball around well. Sort of very much a clay-courter. That's also the surface he's basically played the entire year almost,' he said.