The experienced B Adhiban, who was part of the team in 2014, added to his medal collection while it was the first for D. Gukesh 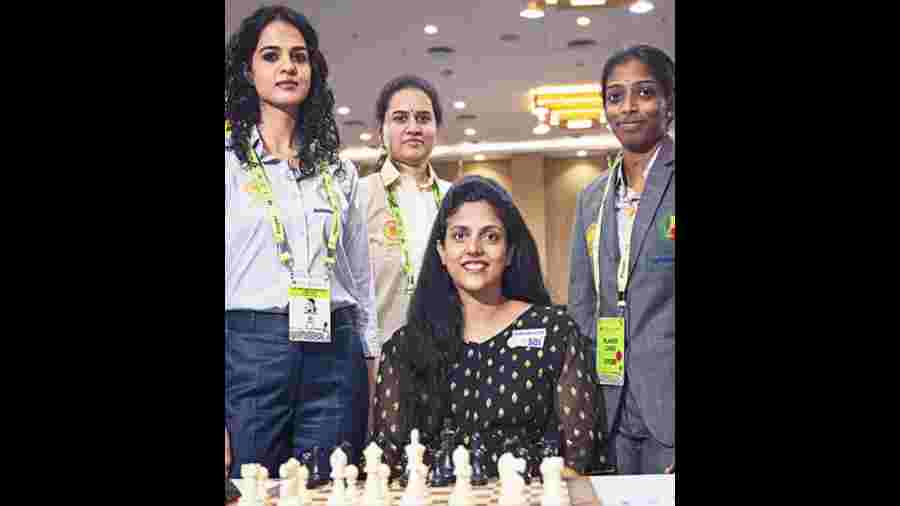 The first women’s Olympiad was held in 1957. Since 1976, the women and open sections have been held together. India B defeated Germany 3-1 in their final round match. Uzbekistan sprung a surprise by bagging the gold medal with a 2-1 win over the Netherlands ahead of a strong Armenian team, which beat Spain 2.5-1.5 in the final round, in the Open section.

Uzbekistan edged out Armenia on the basis of a better tie-break score. The Uzbeks remained unbeaten through the 11 rounds and finished with 19 match points. India ‘B’ ended up with 18 points for third place. This was the second bronze for India in the Olympiad, replicating its feat in the 2014 edition.

The experienced B Adhiban, who was part of the team in 2014, added to his medal collection while it was the first for D. Gukesh, who was in spectacular form during the tournament, R. Praggnanandhaa, Nihal Sarin and Raunak Sadhwani.

The top-seeded India A women’s team crashed to a 1-3 defeat in the 11th and final round to the US to see its gold medal hopes evaporate. The Koneru Humpy-led team finished third. The war-torn Ukraine won an emotional gold in the women’s event, pipping Georgia to the top prize. For India A, top player Koneru Humpy and R. Vaishali drew their games against Gulrukhba Tokhirjonova and Irina Krush, respectively. The defeats for Tania Sachdev and Bhakthi Kulkarni hurt their chances for a gold medal.

Abhijit Kunte, the India A coach, was all praise for the team saying: “The team has worked hard in the last few months and this should be the beginning of much better days for women’s chess in India.”