The 56-year-old, who currently serves as Sunrisers Hyderabad and Sri Lanka's director of cricket, has expressed his desire to coach Team India 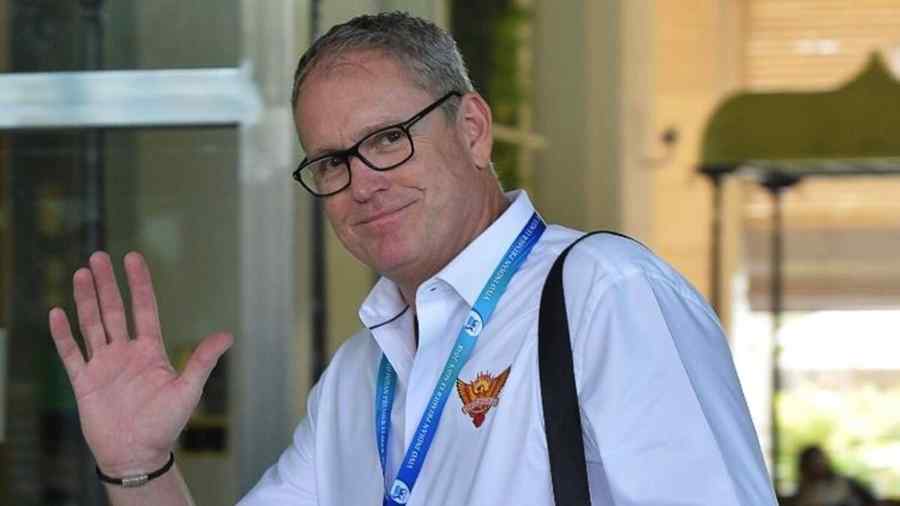 Former Australia all-rounder Tom Moody is expected to apply for the high profile job of Indian cricket team's next head coach for a fourth time, following the conclusion of the upcoming T20 World Cup, according to a media report.

"It's understood the former World Cup-winner and well-travelled coach is eyeing the Indian coaching job, which is set to be vacated by (Ravi) Shastri following the impending T20 World Cup," Foxsports.com.au reported.

The 56-year-old Moody, who currently serves as IPL side Sunrisers Hyderabad and Sri Lanka's director of cricket, has expressed his desire to coach the Indian side before, applying thrice for the top job in the past, including in 2017 and 2019, but has never been considered.

Shastri's contract as India's head coach is set to end after T20 World Cup and the 59-year-old has already confirmed that he won't be seeking an extension, leaving the BCCI to look for candidates for the top job.

Moody, who was Sunrisers' coach for seven years from 2013 to 2019, led the franchise to their only IPL title in 2016 with compatriot David Warner as skipper.

He was replaced by former England World Cup-winning coach Trevor Bayliss before being named the franchise's director of cricket. Moody has also coached Sri Lanka.

According to the report, Moody's aspiration to coach Team India led to the decision to strip Warner from captaincy earlier this season and then drop him from the playing XI in the last few games.

"It's believed the Sunrisers' owners are influential figures in the BCCI, which could explain the decision to leave Warner out for their past half-a-dozen matches and turn to youth."

"Warner, too, has been approached by a number of other IPL franchises, who have been shocked by the run-scoring machine being sidelined," the report stated.

When asked about Warner, head coach Bayliss had said the left-handed opener was dropped from the playing squad to give youngsters in the side a chance.

"We can't make the final so have made a decision that we want the young players to experience not just the matches but time at the ground, around the set-up, and for this match we made the decision," Bayliss had said.