Tokyo Olympics: Sindhu in fine form, up next a familiar foe

The journey forward would probably not be easy, with her next opponent being Japan Akane Yamaguchi, the world No.5, and then if she progresses, waiting for her in the semis could be Tai Tzu-Ying 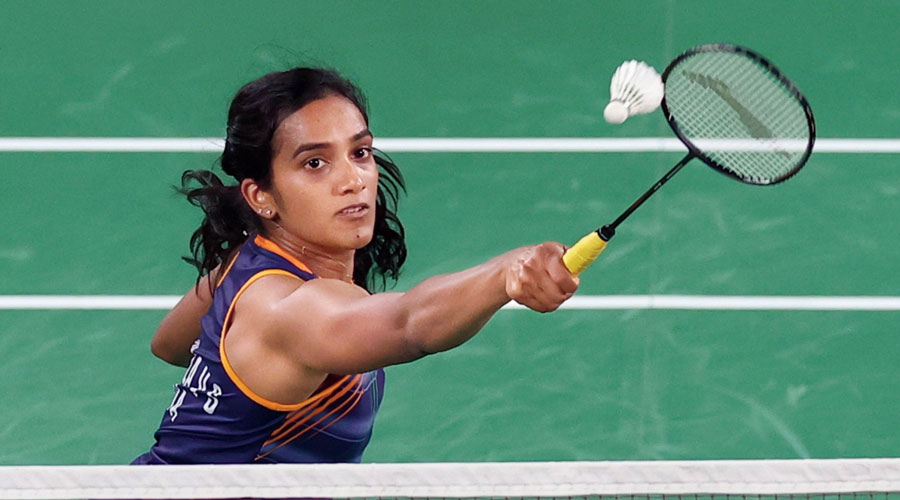 Shuttler PV Sindhu recorded yet another comfortable win as she brushed aside Denmark’s Mia Blichfeldt on Thursday to move into the women’s singles quarter finals at Tokyo 2020.

But the journey forward would probably not be easy, with her next opponent being Japan Akane Yamaguchi, the world No.5, and then if she progresses, waiting for her in the semi-finals could be Tai Tzu-Ying, the world’s top-ranked woman shuttler.

“I started off well in the first game but around 15-16 I gave a couple of points because I was rushing in my defence. My coach was telling me that I was playing the wrong way and I realised that and I immediately changed my tactics and completed the first game,” Sindhu said during a media interaction after the match. “Second game I was fine, I was maintaining the lead and finished it off.”

Sindhu’s quarter-final opponent Yamaguchi defeated Korea’s Kim Gaeun 21-17, 21-18. Sindhu has a 11-7 head-to-head count against the Japanese, whom she had beaten the last time the two met at the All England Championship in March this year.

Against Blichfeldt, Sindhu mixed her strokes well, putting her attacking clears and drops to good use besides smashing her way to finish points whenever there was a chance. She anticipated the shuttle better and showed good court coverage.

Blichfeldt had a 2-0 lead early on but Sindhu soon took back control at 6-4 and kept her nose ahead before unleashing a cross court smash to enter the interval with a 11-6 lead. The Danish shuttler scripted a mini comeback, winning six of the next seven points, riding on a few smashes and Sindhu’s unforced errors.

An unlucky net chord broke the run of points but Blichfeldt sent down two straight smashes to again narrow it to 14-16 before succumbing to a series of unforced errors.

The Indian revved up the pace in the second game to zoom to a 5-0 lead. Blichfeldt tried to find an opening but Sindhu was always a step ahead as she held a five-point advantage at the break. After the interval, Sindhu lost a few points due to the occasional brilliance shown by her rival, but she never lost control and soon wrapped it up.