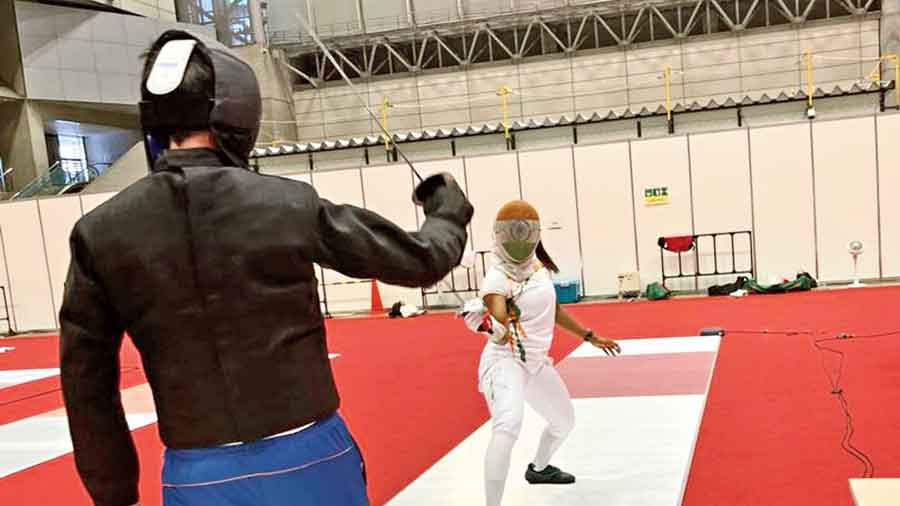 The participation of Indian athletes in the Olympic Games opening ceremony will be kept to a “bare minimum” in view of the Covid-19 threat, while only six officials from the contingent will be allowed to take part in the event on Friday.

“We will try to have a bare minimum group out there. The chef de mission and the deputy chef de mission will decide on the numbers tomorrow (Thursday)  but our view is that the bare minimum should attend to ensure their safety in this crucial period,” Indian Olympic Association (IOA) secretary-general Rajeev Mehta said.

The athletes who have competitions lined up the next day will be discouraged from attending the event, deputy chef-de-mission Prem Verma said.

Shooters, boxers, archers and the men’s and women’s hockey teams are scheduled to compete on Saturday, the day after the opening ceremony.

India boxers have decided to train inside the Games Village since the boxing venue is “quite far”. The boxing competition will be held in Sumida ward’s Ryogoku Kokugikan arena here, primarily a sumo wrestling venue. It is a little over 20km from the Games Village.

“We have decided to train at the Village only. We went to the designated Games venue on Monday and it is very far,” a source in the boxing contingent said.

“It is very hot, so the exertion of travelling that far just for training didn’t seem worth it.”

It is difficult to find any flaw in the game of a “clear headed” Vinesh Phogat going into the Olympics, said the wrestler’s personal foreign coach Woller Akos.

“Her head is clear... The strategies devised outside the mat are now executed on the mat because of a clear head,” Akos said.

Wrong entries in the health status application caused a Covid-19 scare in the Indian camp.

IOA president Narinder Batra asked for a clear picture from deputy chef-de-mission Verma after the health report app showed three Indian officials with symptoms but the other app did not have any such detail. Verma replied that “no one showed symptoms and there was inadvertent wrong entries by the first time users”.