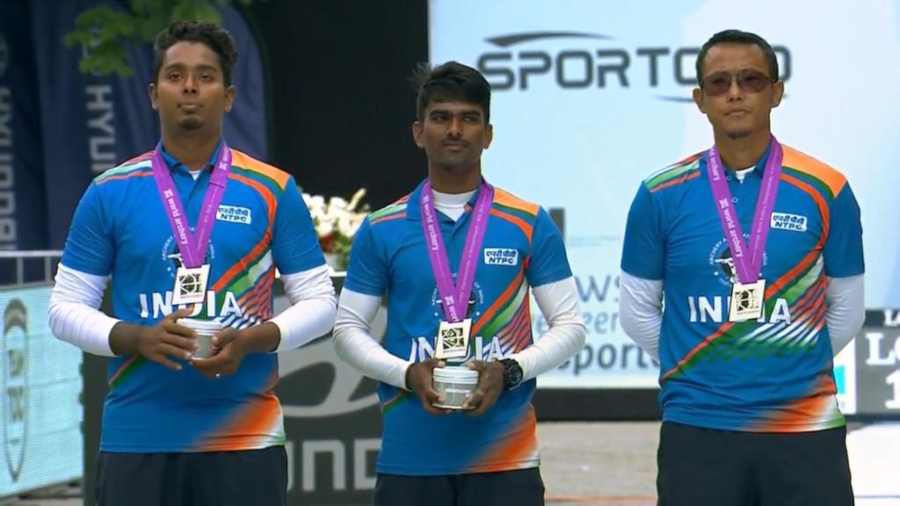 Debutant Pravin Jadhav finished ahead of the experienced Atanu Das and Tarundeep Rai as India managed ninth-place finishes in both the men's team and mixed team rankings of the Games archery competition at the Yumenoshima Park in Tokyo on Friday. Chasing an elusive Olympic medal in archery, India braces for some tough challenges ahead as both men's team and mixed pair are likely to face Korea in the quarterfinals.

The Indian mixed team will open its campaign against eighth-ranked Chinese Taipei, and should it overcome the first-round hurdle, top-seed Korea would be waiting in the last-eight.

Likewise, the Indian men's team might run into top-seed Korea, who got a bye into the quarters, should they beat eighth-ranked Kazakhstan in the opening round. In the individual rankings, all the three Indian male archers finished out of top-30. Jadhav was ahead of Das on number of X counts at the halfway mark where both had scores of 329 before the Maharashtra archer nosed ahead in the final six sets to finish 31st with 656 points out of a maximum 720.

Das had a 35th place finish, while former Asian Games silver-medalist Rai, in his third Olympics appearance, took the 37th spot among 64 archers. Taking Jadhav's tally into account with Deepika's 663 in the women's event, India ranked ninth in the mixed team competition where the country has the best-ever medal hope.

Deepika had finished ninth in the women's ranking round earlier in the day. Despite Jadhav's top finish among the Indians, the country would field it's 'power couple' Deepika and Das for the mixed pair competition that is set for an Olympics debut here on Saturday.

"It's a team call and the decision has to be made within 45 minutes today," a World Archery official said.

The men's trio's combined performance was just enough to finish inside top-10 as they totalled 1961 for a ninth place finish in their first Olympic appearance since London 2012. The Indian men's team had failed to qualify for the 2016 Rio Games and Das was the only male competitor in the individual section.

Meanwhile, 17-year-old Korean phenomenon Kim Je Deok, who has been labelled as the greatest talent in 100 years, missed the Olympic record by two points en route to topping the men's ranking round with 688 points, six ahead of world No.1 Brady Ellison. Ellison, the 2012 Olympic Champion, and 39-year-old veteran Oh Jin Hyek finished third.

Hyek's compatriot Kim Woojin had a fourth place finish as defending champions Korea topped the ranking round in the men's team event.