As thousands of athletes gear up to bring glory in 33 disciplines for the mega sport event, we take a deep-dive to bring you new sports making their debut 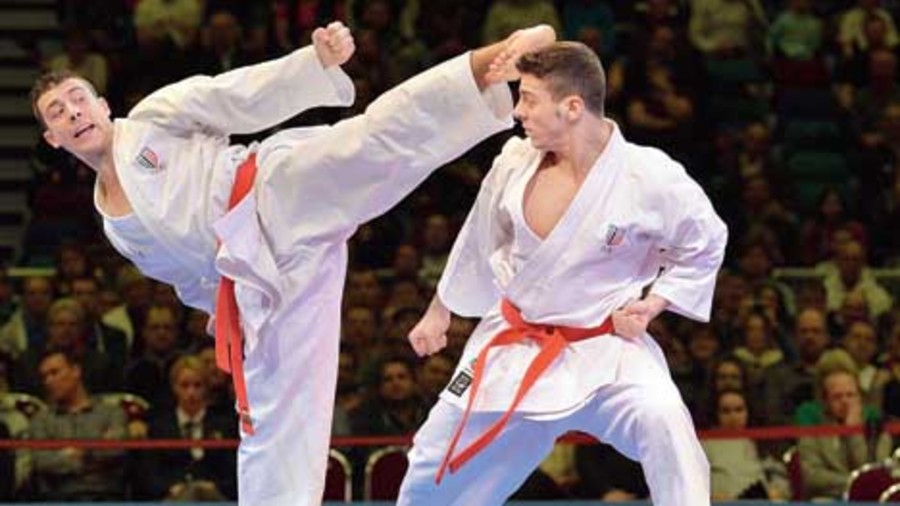 All eyes are on the Tokyo Summer Olympics 2020…. Yes you read it right. We are into 2021 but the quadrennial showpiece sporting extravaganza postponed to July-August 2021 at present owing to the Covid-19 pandemic will retain the name ‘Tokyo 2020’ for branding. The event has been cancelled three times in the past — once during World War I and twice during World War II since the Modern Olympics started in Athens in 1896. This would be the second time that Tokyo hosts the Summer Olympics, the first being in 1964.

This edition of the Games, if not cancelled eventually owing to the shadow of the Covid-19 pandemic, will feature a slew of new sports to inspire the world’s youths — these include skateboarding, karate, surfing, baseball and softball, and sport climbing.

The Telegraph brings you up to speed with these new sporting categories approved by the International Olympic Committee (IOC).

Said to originate in Japan (though many believe the Indian monk Bodhidharma took the technique to China, from where it spread to Japan’s Okinawa), the sport makes its Olympic debut in 2021 but the initiative had been started way back in the 1970s by Jacques Delcourt, a well-known sports administrator. Karate’s inclusion this year is possibly because Japan is hosting the tournament. Other martial arts such as taekwondo, boxing, judo, fencing and wrestling have been at the Games for years now.

Karatekas will fight it out in two forms at the event — Kata and Kumite. Kata is performing techniques in a set sequence without a partner, while Kumite is sparring. There will be three weight categories in the Olympics karate.

Kata is a set of moves which are grouped together and completed in order. They function as a library to hold various different moves, which have practical and useful value in a self-defence situation. It also contains principles and strategies. This is done individually as a group. The analysis of moves in a Kata is called Bunkai. The players are evaluated on strength, speed, rhythm, balance and power.

Kumite is the practical application of what is learnt in Kata and Kihon. This is the part where karatekas will train by attacking and defending each other using techniques, strategies and principles. Points are awarded when someone strikes, kicks or punches the target area of their opponent’s body with power and control. 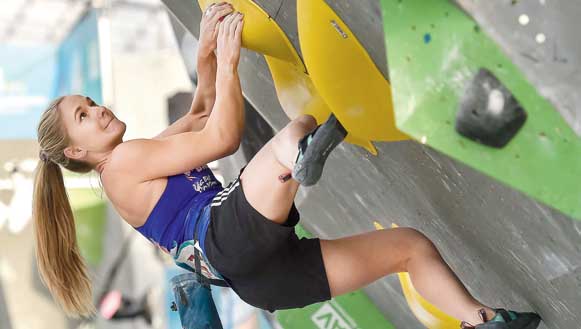 It’s the new craze across the world and no wonder has been included in this edition of the Games. Two events will be held, one for men and one for women. The proposed format will consist of three disciplines: lead climbing, speed climbing and bouldering. The winner will be determined based on who performs best in all three disciplines. Sport climbing involves scaling steep ascents using a range of hand and footholds of different shapes and sizes. Climbers put their skills and strength into practise on a vertical wall, which could have varying angles of either positive (known as a slab) or negative (steep, overhanging) sections. Speed climbing pits two players against each other, both climbing a route on a 15m wall. In bouldering, athletes scale a number of fixed routes on a 4.5m wall in a specified time. In lead, participants attempt to climb as high as possible on a wall measuring over 15m in height within a specified time. There will be 40 athletes in the Olympics — 20 men and 20 women. 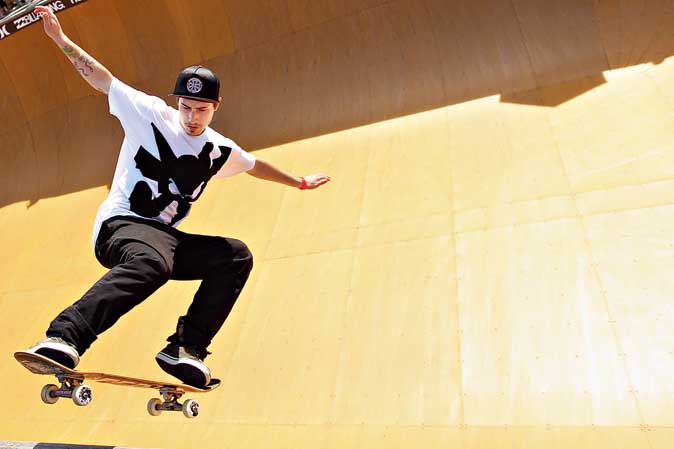 Simply put, skateboarding is the activity of riding on a skateboard and performing tricks. Skateboarding, originally named ‘Sidewalk Surfing’, first appeared in southern California in the 1950s with one simple idea in mind — to surf the streets as an alternative to surfing when the waves were flat. A skateboard is a short, narrow board with two small wheels attached to the bottom of either end. Skateboarders ride on this apparatus to perform tricks, including jumps (ollies), flips and mid-air spins. In a bid to get the millennials watching the Olympics, this niche sport rolls in with two categories — park and street.

The park event is held in a bowl-shaped course featuring a series of complicated curves — resembling dishes and dome-shaped bowls. From the bottom of the cavity, the curved surfaces rise steeply, with the upper part of the incline either vertical or almost vertical. Among the attractions of park competitions are the immense heights achieved by climbing the curves at speed and performing mid-air tricks. Music will be an important accompaniment and will contribute to a vibrant and youth-focused atmosphere at the Aomi Urban Sports Venue, which will also host the 3x3 basketball and sport climbing events that we will come to later.

In street, the event is held on a straight ‘street-like’ course featuring stairs, handrails, curbs, benches, walls and slopes, replicating a street. Each skateboarder performs individually and uses each section to demonstrate a range of skills, or ‘tricks’. Judging takes into account factors such as the degree of difficulty of the tricks, height, speed, originality, execution and the composition of moves. It includes:

Slide: A slide is a trick where the skateboarder slides sideways either on the deck (wooden board) or on the wheels.

Grind: This involves the skateboarder sliding on the trucks of their skateboard (the part which connects the wheels and bearings to the deck of the skateboard).

Ollie: An ollie is a trick where the rider and board leap into the air without the use of the rider’s hands.

Regular stance: This is the side-on position taken by skateboarders with their left leg facing the direction they are moving.

Goofy stance: When a skateboarder rides with their right leg facing the direction they are moving. When they swap the position of the front leg in a competition they go from main stance to switch stance. A trick performed in switch stance would usually increase the degree of difficulty. 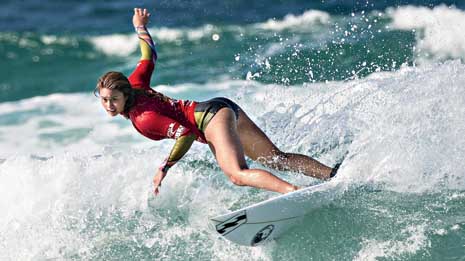 Olympic surfers will make their debut at Tsurigasaki Beach, on the Chiba Peninsula, at the spectacular Pacific coastline. Short-boards will be used at the 2020 Games. They are approximately 6ft (1.8m) in length, compared to longboards which are around 9ft (2.7m). The competition will use a four-man heat structure — four athletes will compete at a time. The best two of each heat continue to the next round. Each heat will run for 20 to 25 minutes, with their top two scores being used. Only one rider may ride a wave at any given time. Using a common surfing etiquette rule where the surfer who is closest to the peak has right of way. Any interference with the surfer who has right of way, can incur a penalty and result in point deductions. There will be 20 men and 20 women competing. 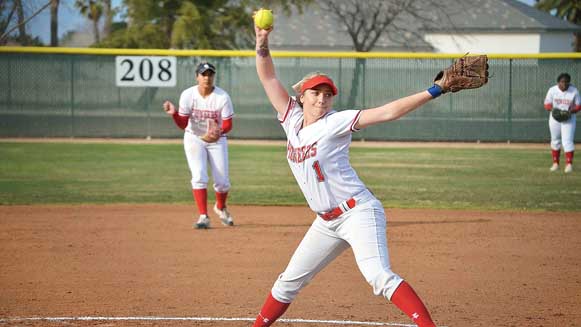 These two make a comeback from the Beijing 2008 Olympics. In baseball, two teams of nine players aim to score the most runs by striking a ball and running round a sequence of bases to reach the home plate. The team with the most runs after nine innings of batting and fielding wins.The teams rotate between batting and fielding, with each session called an inning, and switch when the fielding team gets three opposition players out. The pitcher throws the ball from a mound toward the catcher, which the batter attempts to hit and get around the bases to the home plate.

In softball, the rules are almost the same as in baseball, but there are a few differences. There is a smaller playing area and a shorter distance between the pitcher and batter. The bat is no longer than 34inches (86cm) compared to 42inches (106cm) in baseball. Pitches are thrown underhand, with the ball released while the wrist is passing the side of the body. Incidentally, both these sports are hugely popular in Japan. 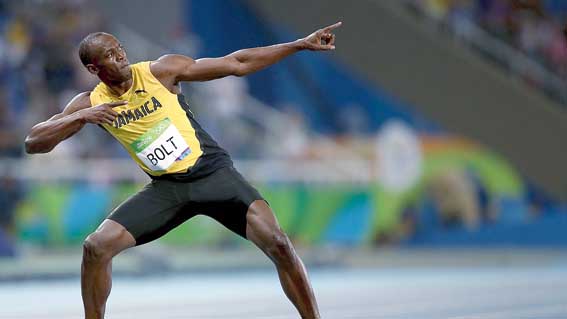