This Olympic Games gave the country its best medal haul ever and a gold too! But there were also those who came tantalisingly close to making the cut 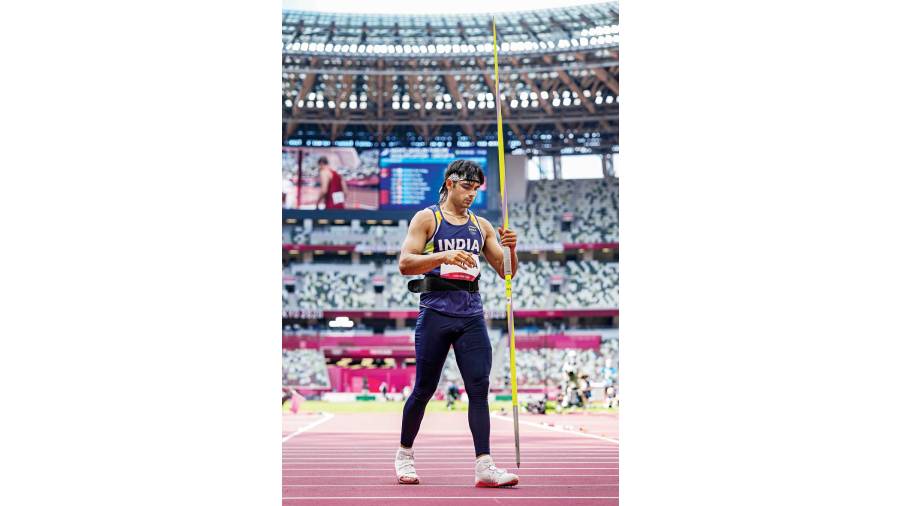 Appearing at every edition of the Summer Olympics since 1920, India had another exhilarating run this time around, having sent a 124-member contingent to Tokyo. Here are the biggest Indian performances from the latest Games.

Already an Asian Games and Asian Championship gold medalist, Neeraj Chopra entered Tokyo 2020 as one of the dark horses for a gold medal in the javelin throw. After a seamless qualification round, Chopra approached the finals with the equanimity of a man who knew he was destined for greatness. A nation waiting with bated breath, India’s woeful history in track and field, the demons that rage inside the mind before the biggest moment of one’s life could all have derailed Chopra, but the 23-year-old held his nerve and came up trumps. Recording a distance of 87.58m, Chopra took gold, ahead of J. Vadlejch of the Czech Republic, immortalising his name in the annals of Indian athletics.

A SILVER AS GOOD AS GOLD

Wrestler Ravi Kumar Dahiya came within touching distance of winning gold at Tokyo 2020, but in the final running, was outplayed by Russian Olympic Committee’s Zavur Uguev. A gutted Dahiya commented that a silver medal “will not give me satisfaction”, but for the millions of Indians who cheered for him in the final, it was nothing short of a monumental prize for a masterful athlete. While Dahiya went down fighting in the final, admitting that Uguev had been the better wrestler on the day, Bajrang Punia took down Kazakhstan’s Daulet Niyazbekov in clinical fashion to claim bronze. Deepak Punia, however, missed out on bronze by a whisker, conceding a takedown in the last 10 seconds of his bronze medal match against San Marino’s Myles Nazem Amine.

LIFTING THE SPIRITS OF A BILLION PEOPLE

Saikhom Mirabai Chanu went into the Olympics as second-favourite to seal the gold medal in the women’s 49 kilograms weightlifting category. Despite the enormous burden of expectations and the turbulence inflected by injuries in recent years, the 26-year-old remained unfazed on her way to lifting 202 kilograms (87+115) to eclipse Karnam Malleswari’s stellar performance at Sydney 2000. Chanu’s incredible display not only gave India an early surge of momentum in Tokyo, but also guaranteed personal redemption for her, as she managed to banish the ghosts of Rio 2016, where she had failed to execute a single legitimate lift.

SINDHU DOES IT AGAIN

After winning silver at Rio 2016, the ever dependable P.V. Sindhu became the first Indian woman to earn a second individual Olympic medal as she bagged bronze in Tokyo. The reigning world champion may have succumbed to Tai Tzu-ying in the semi-finals, but held her own against China’s He Bingjiao in the battle for bronze. Sindhu’s calibrated aggression and big match temperament shone through as she never let Bingjiao settle down. However, barring Sindhu, none of the members of India’s badminton delegation could advance beyond the group stages.

MIXED FORTUNES FOR THE FISTS OF FURY

India’s boxing cohort for the Olympics produced a number of surprises, both good and bad. The legendary Mary Kom crashed out in a controversial call in the round of 16 in what is likely to be her Olympic farewell, a somewhat underwhelming end to one of the most inspiring Olympic careers enjoyed by an Indian. Kom’s departure opened space for a new titan to rise — 23-year-old Lovlina Borgohain. Defying the odds in the welterweight category, Borgohain progressed with an assurance rarely seen in one so young, before eventually ending her time in Tokyo with a bronze medal for the country, becoming only the third Indian boxer to grab a medal at the Games. Among other boxing results, Simranjit Kaur and Pooja Rani were both eliminated ahead of the quarters whereas from the men only Satish Kumar was able to make it to the last eight.

A GLORIOUS RESURGENCE FOR THE NATIONAL SPORT

Hockey, India’s unofficial national sport, had long ceased to be India’s national obsession. At Tokyo 2020, however, both the men’s and the women’s teams turned on the style to bring hockey back into the limelight. Winning an Olympic medal after 41 years, the men’s team rallied against Germany in one of the most memorable come-from-behind wins to seal the bronze medal. Down 3-1, the Indians produced a mesmerising spell of play in which they scored four times in seven minutes to rattle their German counterparts. In the end, they hung on to win by the odd goal in nine. Even though the women could not secure bronze themselves, falling agonisingly short against Great Britain, their energy and resilience proved that the future of women’s hockey in India has not been brighter in a generation.

HITTING (AND JUST MISSING) THE BULLSEYE

In spite of not landing a medal, India’s archery unit made the country proud with a string of valiant performances, none more so than Atanu Das’s nail-biting victory over Oh Jin-Hyek in the round of 32. Das, alongside Pravin Jadhav and Tarundeep Rai, also made it to the quarters of the men’s team event, matching the achievements of Deepika Kumari (in the women’s individual event) and Jadhav and Kumari (in the mixed team event).

THE BEST OF THE REST

Seemingly in cruise control for much of her time in Tokyo, golfer Aditi Ashok missed out on what would have been a historic medal after finishing fourth in the women’s individual stroke play.