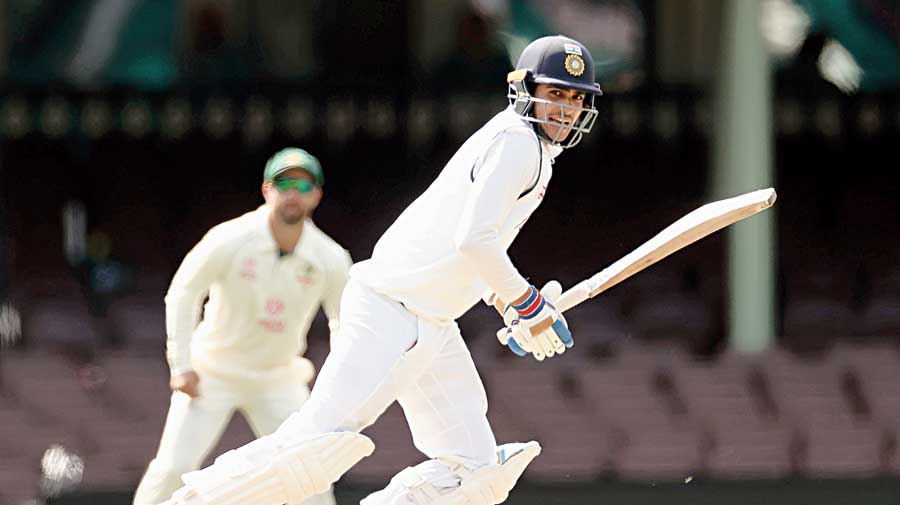 After two days of play, a bit of it lost due to rain on Day I, at the Sydney Cricket Ground, the New Year’s Test between Australia and India failed to throw up a clear favourite with both the teams having their moments of dominance and drudgery.

The early part of Friday was Australia’s when Steve Smith and Marnus Labuschagne ensured they crossed the 200-run mark with the loss of just two wickets and appeared well on course for a 400-plus total. But then India pulled it back, thanks to Jasprit Bumrah and Ravindra Jadeja, dismissing the hosts for 338 in their first innings. After that, India’s brand new opening pair of Rohit Sharma and Shubman Gill kept the Aussies on the backfoot with some delightful stroke play. But once the two openers departed, Australia put the pressure back on the visitors, who were happy to end the day on 96/2.

At stumps, captain Ajinkya Rahane was batting on 5 after facing 40 balls and giving him company was Cheteshwar Pujara, who had laboured to 9 from 53 balls.

Individually too, the laurels of the day were shared. Smith overcame his drought of runs with a fine hundred — 131 off 226 balls. Labuschagne too was batting well but missed a century, getting out for 91. For India, Jadeja picked up four wickets, plus a brilliant run out of Smith, while Bumrah was once again effective and got two wickets as well. The day also saw young Gill get his first Test half-century — 50 off 101 balls.

Jadeja, at the virtual media conference, said that India’s plan was to pressurise the Aussies into making mistakes as the SCG pitch was not offering much to the bowlers.

“The idea was to create pressure as this wasn’t a wicket where you would get chance in every over. You can’t bowl all deliveries at the same pace on this wicket as there was no turn on offer. You had to mix and match and create angles,” Jadeja said.

While Jadeja spoke of lack of turn from the wicket, it was interesting to see Australia spinner Nathan Lyon turning it big towards the end of Day II. With the footmarks also coming into play, India will have to be cautious on Saturday.

“The approach should be simple. One should spend time at the wicket. The Australian bowlers are good and you won’t get too many loose balls,” Jadeja said.