Advertisement
Home / Sports / ‘The law is there, but Ashwin will regret what he has done’

Courtesies seem to have gone out of the game: Gower 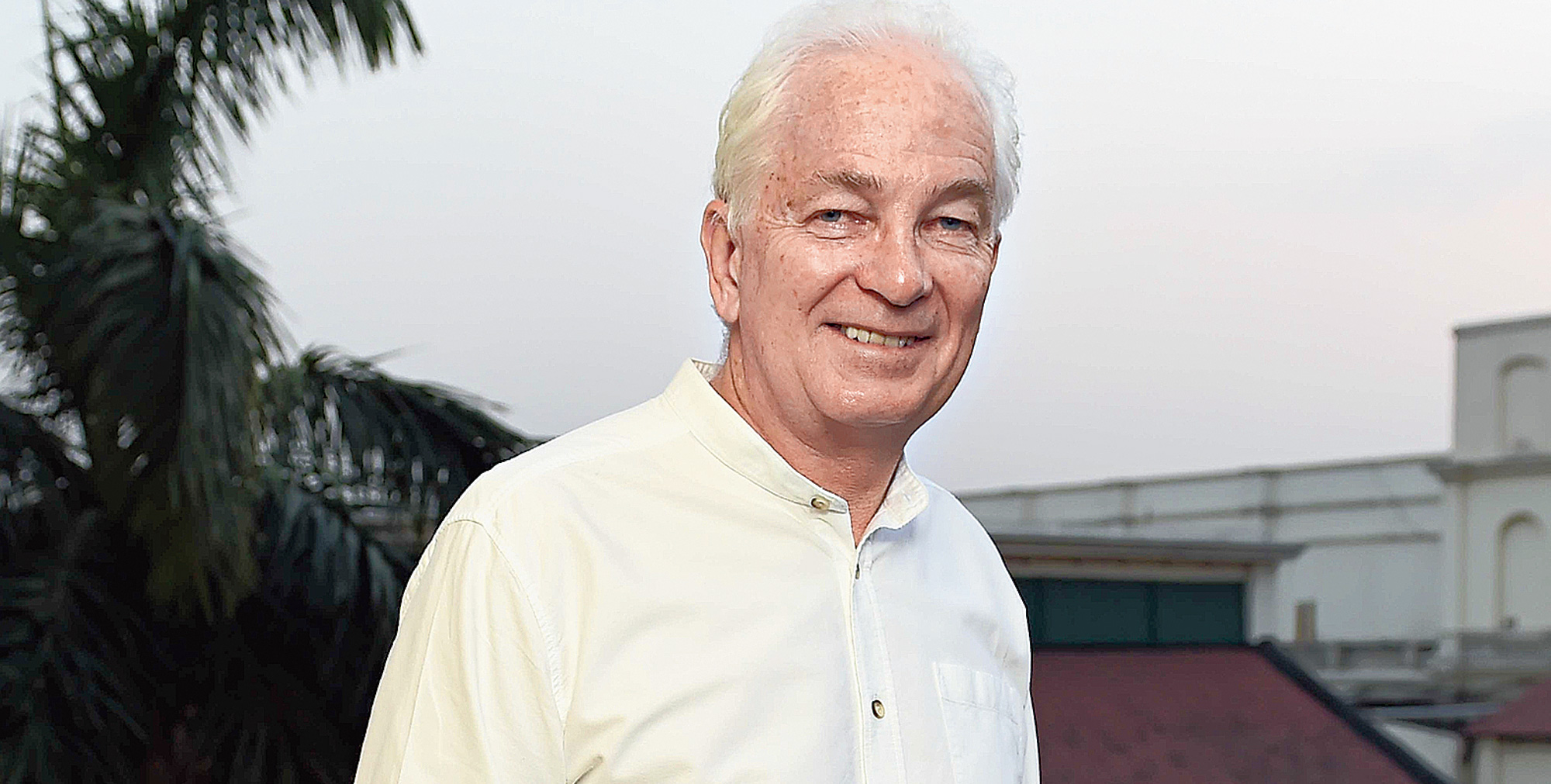 David Ivon Gower, a former captain of England and among the most graceful of batsmen across eras, is in the city to deliver the 2019 Tiger Pataudi Memorial Lecture, a joint initiative of this newspaper and Bengal Club, on Wednesday evening.

Gower, who turns 62 on April 1, spoke to The Telegraph exclusively on the most fiercely debated topic: Did Ravichandran Ashwin act in the right manner while doing a Mankad on Jos Buttler?

The interview took place at the Oberoi Grand, which has been associated with the Lecture from the inaugural year — 2012.

Gower’s last visit to Calcutta had been a few years ago, but that was more like a transit halt.

Q You were on a London-Dubai flight en route to Calcutta when Ashwin Mankad-ed Buttler in the Kings XI Punjab vs Rajasthan Royals IPL match. Your thoughts?

A I’ve seen a clip or two, but not the complete footage. However, I’ve read the comments of different people from around the world. Personally, I think Ashwin will regret what he has done... I do understand that the law allows it, but if you take that to the extreme, you can run out an entire team in the space of 10 balls. What cricket would that be? If a bowler feels a batsman is trying to take advantage, a warning from him would be treated as courtesy. After that, the bowler can do what he likes. But such courtesies have gone out of the game... Such dismissals are rare, but nevertheless happen. From what I’ve seen, Buttler wasn’t trying to take an unfair advantage. He wasn’t putting an extra effort to get the run. Had Buttler been trying to take unfair advantage, he would have been two metres down... If anyone tried to do so, it was actually Ashwin. He stopped before delivering. You may, of course, say Buttler should have watched the bowler, seen the ball released. It’s just that few batsmen do that.

Q Those very critical of Ashwin have probably been so because he captains the Kings XI. Would you agree?

A Yes, captains have responsibilities to their teams. At the same time, people talk of the Spirit of Cricket. That’s not part of the laws, but something the MCC started years ago... What we must remember at all times is that cricket as a sport has standards. We hate it when standards are breached... To get back to where I’d started, captains sure have responsibilities to their teams, winning is important, but they’re also responsible for the game being played the right way.

Q What if one of your bowlers had done an Ashwin?

A It never happened, but if it did and I was the captain, I’d tell the umpire to let it go that time. Indeed, I’d be tempted to ask the bowler: Is this how we should be playing the game? I’d ask my bowler to give the batsman a warning and, if there was repeat, tell him he’d be free to do a Mankad.

Q Ashwin’s take is that it was an instinctive act...

A Instinct is very much part of the game. Why hide behind it? You can’t face 95 mph deliveries thinking about them, it’s instinct which comes into play... So would a brilliant catch be instinctive... Look, I believe Ashwin, believe him entirely... I’m not contesting that it was not pre-planned, that it was not premeditated... Once he has thought about it, he might not do the same thing in a similar situation. I’d add that I have seen situations when captains have had the opportunity to withdraw the appeal, but they didn’t do so... It wasn’t an Ashwin-Buttler type of situation, but Paul Collingwood didn’t take back the appeal in an England vs New Zealand ODI when the umpire asked if he’d do that. New Zealand won, but what if they’d lost? It would then have become a huge issue.

Q There is no record of animosity between Ashwin and Buttler...

A I’m not aware of it either.

A That would be absolutely wrong. Ashwin is an exceptionally fine cricketer... If he doesn’t change his mind publicly, so be it. It won’t damage his reputation as people have done worse things... We all know what happened last March (in Cape Town) and David Warner’s reputation is soiled for all time... Warner and I wouldn’t be soulmates, but I’d find it interesting to talk to Ashwin. My overall respect for him is there, but a bit of it has been lost.

Q Finally, what would be your message to Ashwin?

A I’ll tell Ashwin exactly what I’ve told you... That, on reflection, he’ll regret his action... I’d say that quietly.