In his maiden Test appearance at Australia’s ‘fortress’ Gabba, the left-arm quick returned figures of 3/78, the best in the first innings 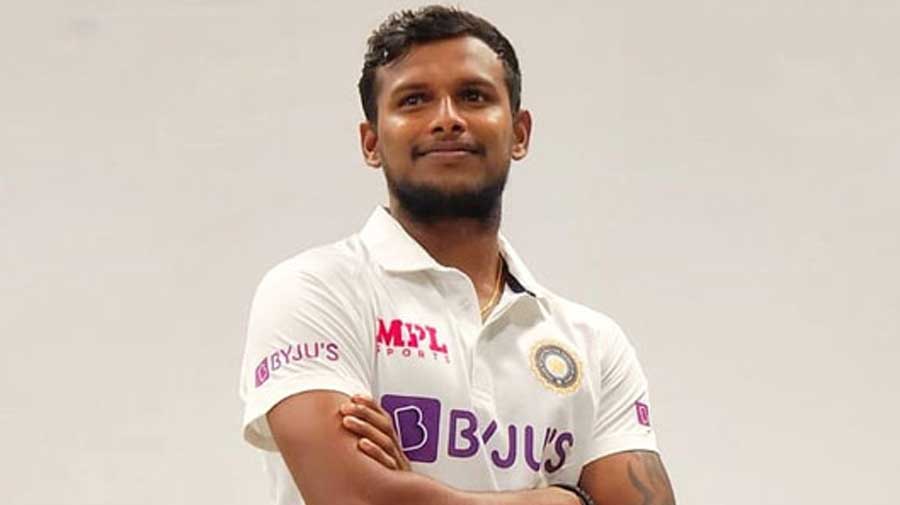 From playing tennis ball cricket in his village Chinnappampatti to graduating as a yorker specialist in the Tamil Nadu Premier League and proving himself in the IPL as well, the humble Thangarasu Natarajan’s hard work, devotion and passion towards the game went on to earn him an India berth.

And in his maiden Test appearance at Australia’s ‘fortress’ Gabba, the left-arm quick returned figures of 3/78, the best in the first innings.

The last four months have been a dream come true for Natarajan, who simply couldn’t have asked for a better start at the highest level.

Yes, the 29-year-old has been lucky with the top India pacers out with injuries, which means he may have to wait for quite some time for his next Test match once the likes of Ishant Sharma, Jasprit Bumrah and Mohammed Shami return.

A man of few words, he just looked to stick to the basics and keep it simple while bowling for the first time in Test cricket. “Well, I didn’t try too much bowling with the red ball.

“The plan was to come round the stumps, so that played a part in bringing success,” the ‘camera-shy’ Natarajan told Ravichandran Ashwin during a short interaction for bcci.tv, which also featured the other debutant, Washington Sundar, and one-Test-old Shardul Thakur.

With the bat too, Natarajan, remaining not out on one, didn’t do too bad a job either, keeping Mitchell Starc at bay. “I couldn’t even see the first ball I faced from Starc,” was the honest confession from the player, who, as Ashwin revealed, got off the mark for the first time in 11 first-class innings.

As for Washington, he has had an even better Test debut — taking three wickets, including that of Steve Smith, and then hitting a 62 in his 123-run stand with innings top scorer Shardul.

“Test cricket is definitely the toughest format. I am happy and fortunate that I could start off in this fashion,” Natarajan’s state-mate said.