The former world No. 1 was declared bankrupt in 2017 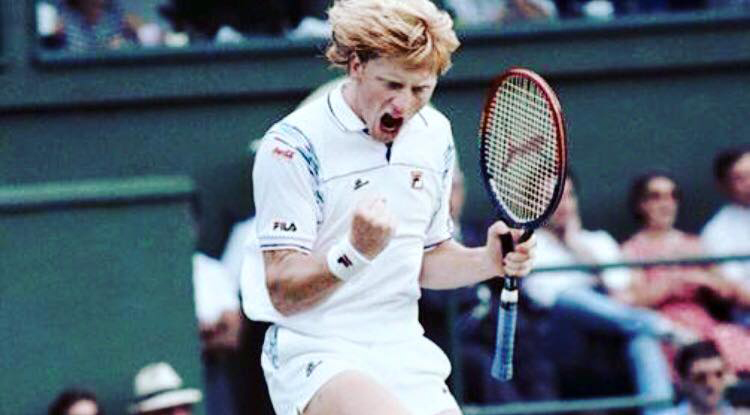 A young Becker celebrates at Wimbledon
Source: facebook.com/BorisBeckerOfficial
The Telegraph   |   Published 24.06.19, 11:01 AM

Boris Becker will have his trophies and personal souvenirs auctioned in order to raise money to clear his debts.

Becker will begin auctioning the items from Monday with the help of British company Wyles Hardy.

The bankrupt German tennis great, who was the youngest Wimbledon winner at 17 years, will auction 82 items online, including cups, medals, photographs and watches.

His Wimbledon finalist medal and a replica of the US Open cup, made by jewellers Tiffany, will be part of the sale.

The former world No. 1 was declared bankrupt in 2017. This is not the first time he has attempted to sell off items from his collection. Last year, he prevented the sale, saying he had diplomatic status and so, immunity.

Becker said he has been appointed a sporting, humanitarian and cultural “attache” to the European Union by the president of the Central African Republic (CAR). However, CAR maintained that his passport was fake.

The auctioning of Becker’s collection may not clear all of his debts, which runs into millions of pounds. He owes the money to Spanish courts for the work carried on his villa in Mallorca.

In recent days, he has moved to commentary.

Twitter was supportive of Becker once the news of the auction became known.

I feel deeply sorry for Boris Becker who has to auction his great trophies to pay his debts. Chin up, @TheBorisBecker, you’ll always be a CHAMPION even without the trophies on your mantle. We all make financial mistakes & you will rise above this. Wishing you the best always 🤗 https://t.co/27s8bFzHXu

Others were reminded of Becker’s greatness:

Some tweeters thought this was a lesson:

if you dont have a Financial plan in place : post retirement can be difficult! https://t.co/WAmkLmvQst

Unorganised life and no self-control.https://t.co/93LfC22Xpl