Advertisement
Home / Sports / Teenaged swimmer Srihari Nataraj is waiting to make a splash, but he needs a push

Teenaged swimmer Srihari Nataraj is waiting to make a splash, but he needs a push 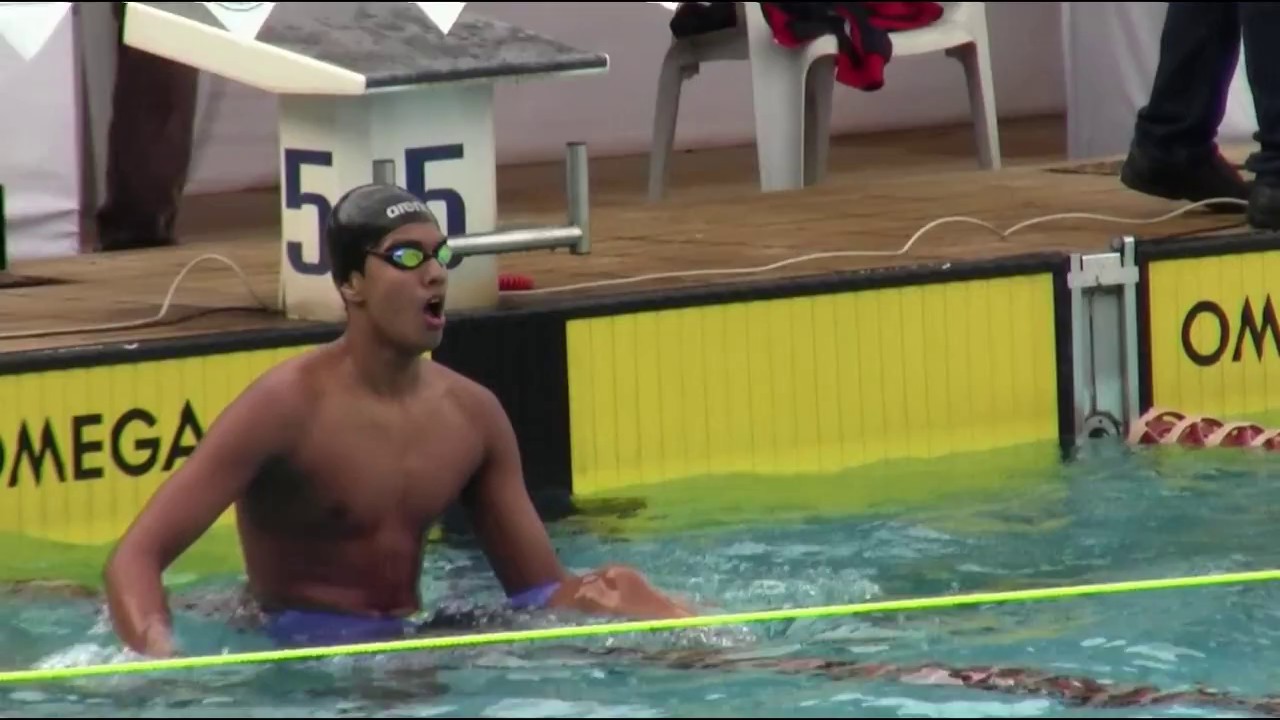 He will turn 18 in a couple of months and has worn a confident swagger for a couple of years now. The backstroke specialist draws from his performances to justify that. Srihari Nataraj is easily India’s best teenaged-swimmer, seeking improvements each time he dips in a pool for competition. Yet, even he knows that he has a long road ahead if he is to be counted among the continent’s best.

The Bengaluru collegian clocked 26.16 seconds over 50m, 55.86 in the 100m and 2:02.37 in the 200m as his best times this season in the three backstroke events, respectively. China’s Xu Jiayu was in a league of his own and swept all three backstroke gold medals in the Asian Games in Jakarta, let us compare the Indian’s Jakarta times with the bronze medal winning performances.

In the one-lapper, he was 0.99 seconds slower than the time that was rewarded with the bronze medal; he was 1.34 seconds behind the bronze medal winner in the 100m final; and, in the 200m final, he was a good 7.39 seconds adrift of the bronze medal time. With a bit more effort, across preparation, execution and recovery, he may have landed a medal, if not two.

I remember speaking to him after his win in the 100m backstroke final in the Khelo India School Games earlier this year. He said he had to draw more power from his arms since his legs got tired with 25m to go because lactic acid kicked in. It is the science of delaying the onset of lactic that he needs to learn and that may happen with some nudging from overseas support staff.

Srihari at the 2018 Asian Games.
Picture by G. Rajaraman

It is also possible that his recovery is not being managed well, especially when he has to swim a final the same evening. This was in evidence in the Commonwealth Games and the Asian Games, two of the three major meets that he represented India in. That he had to go all-out in the heats seemed to leave him drained while his rivals seemed to have left more in reserve.

It is important that the training focuses a great deal on the 100m where he appears to have the best shot. And to a slightly lesser extent on the four-lapper since there appears to be considerable room for improvement, especially with his strength and stamina, over that distance. It will be interesting to see if such a view is taken at all.

Srihari Nataraj is able to shoulder a great burden in such meets, swimming two freestyle events and the two relay events for his teams. But the time will come when he will have to reduce the number of events. For that, he and his coach will have to learn to say ‘No’ to requests/demands by State or other team officials. At least until he medals at the Asian level.

To be sure, if the lad is to make a splash beyond age-group swimming, he must get the best assistance in the journey ahead. Coach AC Jayarajan has done a wonderful job getting Srihari to come this far, guiding him to constantly secure personal best times through 2018. And yet, there is a belief within the swimming fraternity that Srihari must train a lot more overseas.

Srihari with his coach AC Jayarajan.
Picture by Tanmoy Mookherjee

With few backstrokers showing similar potential at home, he trains with freestylers to get into competitive trim. No matter how hard an athlete may try, it would be tough to remove the thought that he or she cannot possibly beat them since the others are at an advantage, swimming freestyle. It is imperative therefore that he trains with as many backstrokers as possible.

One of the solutions would be for TOP Scheme to fund his training overseas. Or, has happened in Tejaswin Shankar’s case, an NGO can assist him secure admission in a college overseas where he balances swimming and scholastics. It is important that someone makes that call – and makes it soon. It may be unfair to expect the teenager to make that huge decision.

There is a comfort zone that the coach and swimmer get into at home. Besides, the support system beyond the coach is stronger abroad. Not surprisingly, it is when training overseas that most of India’s elite swimmers — Khajan Singh, Rehan Poncha, Sajan Prakash, to name a few — have been able to shave seconds off their times.

It is not often that India chances upon such raw talent. It just does not seem to have the bandwidth to manage and guide it to the next level. There are a handful of coaches who have drawn attention in India but like Khajan Singh did back in the 1980s when he trained in Australia with Eric Arnold and won the Asian Games 200m butterfly silver in 1986, India’s swimmers must venture out more.

Swimming is not only one of the basic sports but offers 40-plus gold and 120-plus medals in all in an Asian Games. It is important that India raises its level and is at least competing for, if not winning, some of these. The one way of doing it is to encourage some of the talent to enhance its training and performance.

In a nation that is quick to celebrate medallists from events like the Commonwealth Games, Asian Games and the Olympic Games, making it to the final does not seem to fetch even attention, let alone rewards. And yet, India must increase its focus on swimming and help swimmers breach barriers soon if the sport is to remain relevant in modern India.

Badminton legend Prakash Padukone to India’s only Olympic Games individual gold medallist Abhinav Bindra have shown the value of moving bases to Europe and training with monk-like focus. There is no reason why a swimmer as talented as Srihari Nataraj should not embrace that route to international success.

The moot question is: who will help him plot it? Jayarajan believes he can help the young man make further improvements. Srihari Nataraj himself does not know any better than to invest faith in the coach who has groomed him thus far. And, the Swimming Federation of India does not seem equipped to engineer the change that can make a difference.