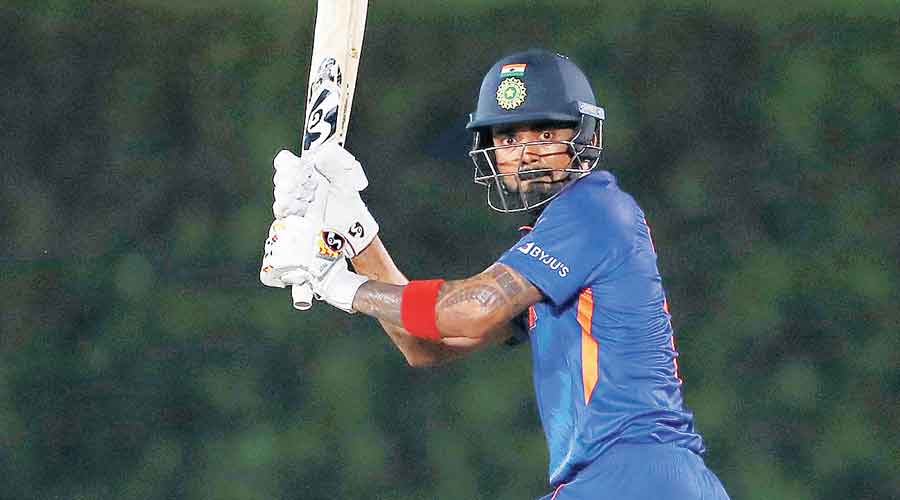 The BCCI appointed Mahendra Singh Dhoni as the mentor of the Indian team for the T20 World Cup just a few days ago, but for KL Rahul, the former India captain had been a mentor even when he used to be a teammate.

So Rahul wishes to utilise every moment that he spends with Dhoni during the mega event. Picking Dhoni’s brain is upmost on the opener’s checklist and he wants to make use of every bit of advice from the master strategist.

Rahul, who is likely to open with Rohit Sharma in the World Cup where India will start against Pakistan on Sunday, said that there couldn’t have been a better mentor than Dhoni in what promises to be a tough journey.

“Obviously, MS Dhoni (being) back with the team feels amazing because we have played under him and we have looked towards him as a mentor even when he was our captain,” Rahul, who scored a half-century in the warm-up game against England on Monday, said during a promotional.

Rahul described Dhoni as the man everyone looks up to. “We loved having him in the dressing room when he was the captain. We loved the calmness. We have all looked up to him to help us out… to have him here (in the T20 World Cup) is amazing.

“This gives us a sense of calmness, I have enjoyed spending time with him in the first two to three days and it has been a lot of fun. Looking forward to chewing his brain about cricket, captaincy and all things cricket,” he added.

Dhoni has recently led Chennai Super Kings to a fourth IPL title and there is a chance that he would come back one last time in 2022 and play in front of his home crowd at Chepauk.