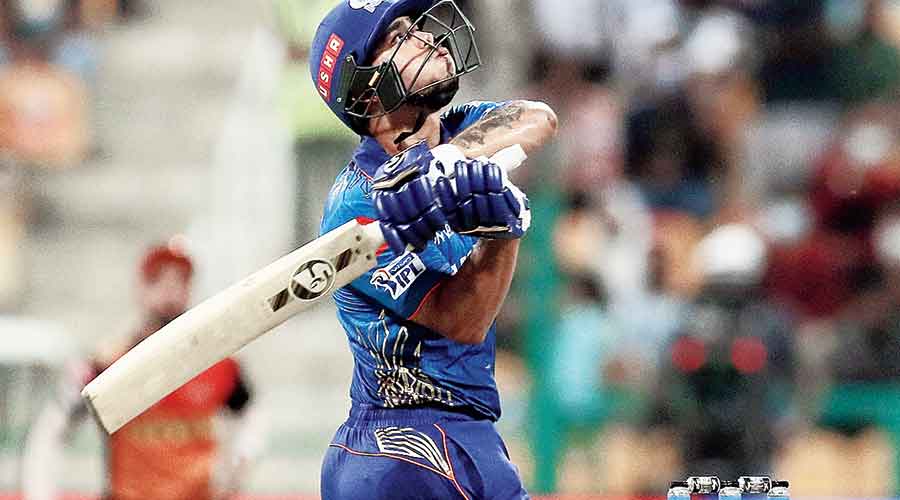 The Indian team for the T20 World Cup is packed with opening options and it is still not clear which two batsmen will walk out at the onset of the innings. The scene looks even more confusing after Ishan Kishan said that captain Virat Kohli has told the youngster that he will be playing as an opener in the mega event.

Ishan, who plays for the Mumbai Indians, has roared back to form with back-to-back fifties in the ongoing IPL. The 23-year-old scored 84 off 32 balls and 50 not out off 25 balls opening the innings in the final two games for Mumbai, who have however failed to make the IPL play-offs.

Rohit Sharma is a constant as India’s all-format opener. The question is who will partner Rohit at the top of the order? Virat himself was interested in the role while KL Rahul has been immensely successful as an opener while playing for Punjab Kings in the IPL. And now, Ishan too is in consideration.

“I would love to open, and that is what Viratbhai said. But at the bigger level, you need to be prepared for everything,” said Ishan after Mumbai’s last league match of IPL 2021 on Friday.

Happy that he has hit form, Ishan added: “It’s a very good thing for me as well as for the team… Getting in good touch before the World Cup.”

While Ishan’s return to runs is good news for India, there is a lot of confusion about Hardik Pandya’s role in the team.

Hardik was named in the T20 World Cup squad as an all-rounder and Chetan Sharma, the chairman of selectors, had said that he would be bowling in the IPL. But the Mumbai

Indians player did not do so, instead playing only as a specialist batsman. Is he fit to bowl? Will he bowl in the T20 World Cup?

Mumbai captain and India vice-captain Rohit Sharma is expecting Hardik to start bowling from “next week” even though he declined to put a timeline on the subject.

“In terms of Hardik’s bowling, the physios and trainers are working on it. He hasn’t bowled a single ball yet. We wanted to take one match at a time and see where he stands,” Rohit said on Friday.

“He is getting better day by day. In the next week or so, he might be able to bowl… Only the doctors and physios will be able to give an update on that.

“He is getting better and a player like him is probably just one game away from getting his natural way. I am confident of his ability and there is no doubt he will be a valuable asset,” Rohit said.

Jammu and Kashmir pacer Umran Malik has been rewarded for his impressive IPL debut with Sunrisers Hyderabad and asked to stay back in the UAE as a net bowler for the Indian team for the T20 World Cup.