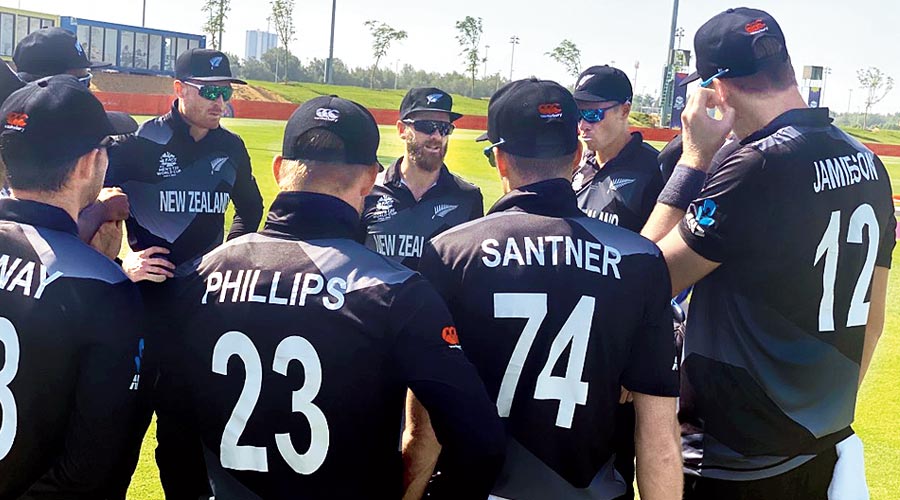 New Zealand are not losing sleep over their warm-up loses to Australia and England but Kane Williamson’s elbow injury is a matter of concern.

Williamson’s elbow niggle “flared up a little bit” earlier this week during the three-wicket loss to Australia in the first warm-up game on Monday. The Black Caps skipper was seen fielding in New Zealand’s 13-run loss to England in a practice game on Wednesday but he didn’t bat as a “precautionary measure”, according to coach Gary Stead.

Asked whether Williamson might have to miss matches during the tournament, Stead, although optimistic, said “there’s always that chance”.

The Black Caps open their campaign against Pakistan at Sharjah and will also play against a qualifier at the venue in their fourth match of the Super 12. They will play their last three group matches in the space of five days and Stead said it was conceivable that Williamson might have to be rested at some point in that period.

“Kane is a prodigious hitter of balls, he loves to prepare that way as well, and in some ways that’s probably the worst thing he can do, is over-hit at times.

“So it’s really getting that balance right, between feeling ready and feeling prepared

to go, and making sure we don’t aggravate anything,” Stead said.

“We just feel if we can get his preparation right and not over-hitting and aggravating it in training, that gives him the best chance of being right throughout the tournament. I think on the whole, we’re tracking really well,” he added.

Last week, Williamson had said that the recovery from the elbow problem, which has been bothering him for a while, has been slow. He also divulged that the problem was impacting his batting as it affected his grip.

Brushing aside the warm-up losses, coach Stead said that New Zealand got just what they wanted out of the games as they prepare for the tournament proper.

“Really, these games for us have just been about getting everyone some match time,” Stead said. “It’s been about making sure we’ve slotted people in roles they might play.”

The one exception might be in Sharjah, he added, where conditions are expected to be the trickiest for batting.

“We’ve had that balance for quite a while and I think it’s still the right balance for most of the conditions here as well,” he said. “We’ll weigh up what we think around Sharjah in particular,” Stead said.