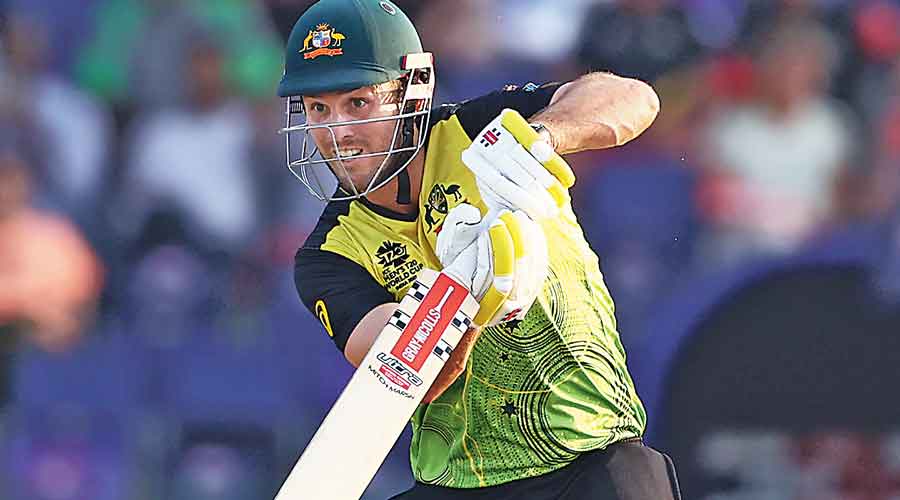 Australia all-rounder Mitchell Marsh says his team were always confident of doing well at the Twenty20 World Cup despite going into the tournament on the back of a poor run of form.

The Australians, who struggled on tours of the West Indies and Bangladesh ahead of the competition, finished second in their group and play Pakistan in the semi-finals on Thursday.

“Our form lines pre-World Cup probably suggested that we were going to struggle,” Marsh told reporters on Monday.

“But I think, when you look down our line-up when we’re a full strength side, with the amount of experience, exciting players, some of the best T20 players in the world inside this team, we were really confident.

“There are a lot of dangerous teams in T20 cricket but we were confident and now we’re in the finals anything can happen,” he said.

A depleted Australia lost eight out of 10 T20 matches in the West Indies and Bangladesh but won four of their five Super 12 games at the World Cup to finish second in Group 1 behind England.

“As a team we’ve just come over here, we’ve gelled really well together and I think that’s really important throughout a World Cup,” Marsh said.

“There’s good vibes in this team right now. We’ve gained a bit of momentum going into the semi-finals and that’s what you need, so hopefully that can continue for us,” he added.

Marsh was one of Australia’s stand-out performers on Saturday, hitting 53 in a 124-run second-wicket partnership with David Warner as the Australians handed the West Indies an eight-wicket defeat to confirm their place in the last four.