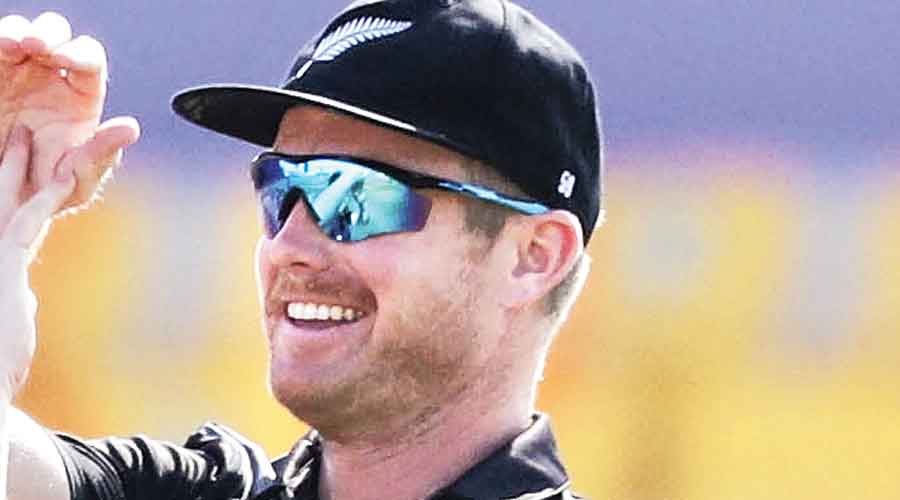 Jimmy Neesham got noticed when a picture of him sitting expressionless in the dugout while his teammates celebrated the T20 World Cup semi-final win over England was widely circulated on social media. But why did the New Zealand all-rounder, who slammed a match-changing 27 off 11 balls on Wednesday, check his emotions after a thrilling win?

Neesham explained the reason behind his muted celebration during an interaction with New Zealand Cricket.

“It’s a situation worthy of celebrating I guess — winning a semi-final — but you don’t come halfway around the world just to win a semi-final. We’ve got our sights pretty firmly set on the game in a few days’ time... I’m personally, and we as a team, are not getting ahead of ourselves. One game to go and I’m sure there will be a bigger outpouring of emotion if we manage to get across the line,” he said.

Neesham was a part of the Black Caps team which suffered a heartbreaking loss to England in the 2019 ODI World Cup final. So it’s understandable why he wants to complete the job before breaking into a celebratory jig.

New Zealand’s wicketkeeper-batter Devon Conway has been ruled out of the final versus Australia on Sunday, and the subsequent tour of India, after injuring his right hand following his dismissal in the semi-final.

“Conway sustained the injury when he struck his bat immediately after being dismissed in the semi-final win over England in Abu Dhabi — with an X-ray confirming a break to his right hand fifth Metacarpal,” New Zealand Cricket said in a statement.