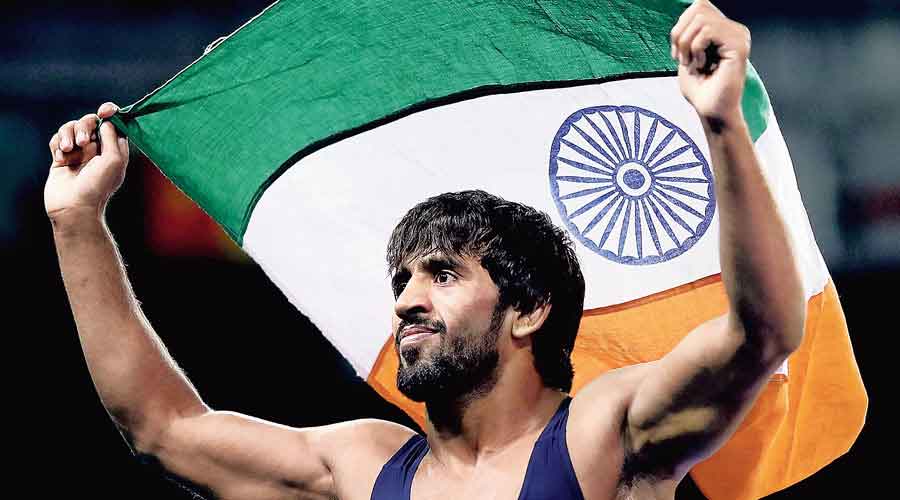 Olympic bronze medallist Bajrang Punia on Friday said he considered jailed wrestler Sushil Kumar still the best in the business as he "enlivened" the grappling sport by ending a 56-year wait for a medal at the Summer Games. Punia was speaking during a felicitation ceremony and a motivation session organised in his honour by the Delhi Metro security unit of the Central Industrial Security Force (CISF).

"I do not consider anyone a better wrestler than Sushil Kumar in India...he enlivened wrestling after winning an Olympic medal in 2008 and that came after 56 years," Punia said.

Punia was also asked to comment on the recent murder case involving Sushil but he said he was giving opinion only about his sporting career. Sushil won a bronze in Beijing before better securing silver in London four years later.

Sushil has been arrested and chargesheeted by the Delhi Police in connection with the alleged murder of a former junior national wrestling champion at the Chhatrasal stadium in the national capital.

During the interaction with the jawans, Punia acknowledged that probably he was not in the best of his form during the recent Tokyo Olympics bout as he had suffered injury. However, he managed to secure bronze.

"I gave my best (in the Tokyo Olympics). 2024 (Olympics) is just round the corner. I will try to change the colour of my medal.

"I believe that you should always think positive. There is nothing in life that cannot be done. You need to work hard," Punia added.

The wrestler was asked by the personnel on what could be done to better India's prospects at the global sporting meets.

"It all begins with the parents...they will have to encourage their children. They are the first guru and coach...,"

"If they do not encourage their children to play sports then it cannot be done (doing better in sports and athletics and winning medals)," he said.

Talking about what more can be done to improve sports in the country, Punia said that it should be ensured that "good facilities and good diet" is provided to sportspersons.

Punia also met a few CISF wrestlers with whom he had earlier trained at the Chhatrasal stadium here.