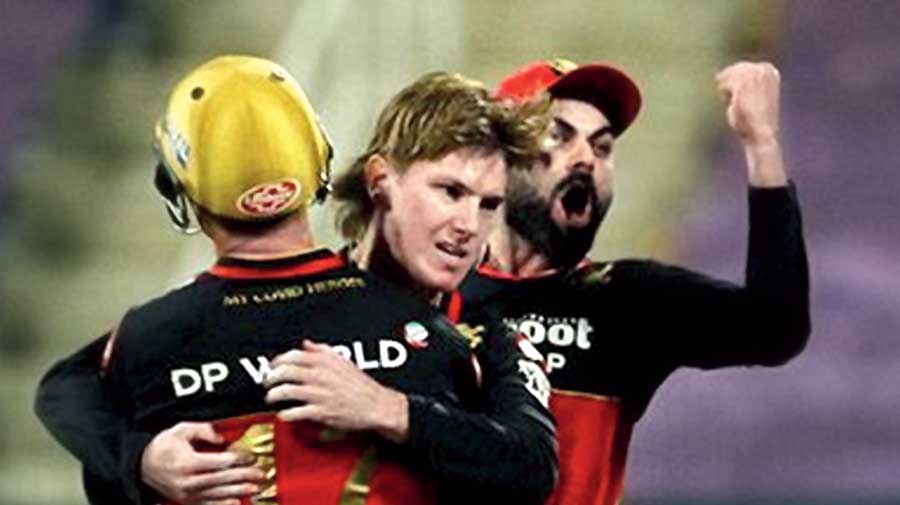 Virat Kohli’s on-field image might be that of a combative batting superstar but Australia leg-spinner Adam Zampa says the India captain came across as a “chilled out guy” during their interactions in the recent IPL.

The duo played for Royal Challengers Bangalore and Zampa, who is in Australia’s limited-overs squad for the upcoming ODI and T20I series against India starting on Friday, said he forged a bond with Kohli over meat-free eating, coffee and cricket.

Revealing Kohli’s caring attitude towards team-mates, Zampa said on his first day in this year’s IPL, a WhatsApp message popped up on his phone from a number he did not recognise. It later turned out to be Kohli.

“It was the first day I arrived (and) he WhatsApp-ed me ‘Zamps, here’s the ‘$15 off’ voucher at a vegan restaurant from Deliveroo. It’s a really good restaurant’. I didn’t have his number. He made it feel like as if we’ve known each other for ever,” Zampa told the Sydney Morning Herald.

Like Kohli, the 28-year-old Australian is also a vegan. He said Kohli also agreed to be the first guest on a podcast he is launching.

“He’s absolutely not what you see on the cricket field. He always brings his intensity to training and game; he loves competition, he hates losing as much as anyone. He probably shows it more than anyone,” Zampa said.

“Once he’s off the park, he’s the most chilled out guy. He’s watching YouTube clips on the bus, he’ll laugh out loud.”

Zampa said Kohli also talked about coffee, travelling, food, and once asked the Australian “do you want a Beyond Meat burger?”.

“He’s a really cultured guy. He’s good to talk to, good fun. The one thing you take away from spending time with those guys is they’re as much of a human being as you are.

The leg-spinner has claimed Kohli’s wicket seven times in international cricket. “I’ve got him out seven times, but they’re at a good click; the economy is well and truly over six runs per over as well. It’ll be interesting now that we’re closer,” he said of the feat.

“I love the challenge of bowling to Virat. He’s probably the best player of all time. You see he has 43 hundreds or whatever it is and you go, ‘Wow, he’s a big wicket, he’s superhuman’, but at the end of the day you’re spending so much time around these guys,” Zampa said.

“They go through their own emotions. They’re living the bubble life away from home, they’re all as human as you are and make as many mistakes as I do or anyone else.”