Labouring to a modest 132/5 after being put in to bat, Indian bowlers made fine use of the conditions where strokeplay wasn’t easy at all 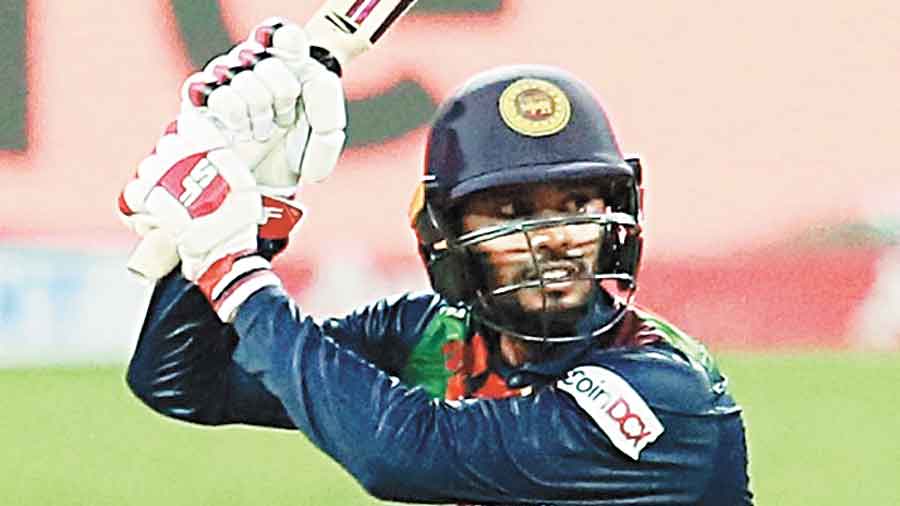 An India line-up with only five specialist batsmen and as many as six bowlers is indeed a rarity, especially in modern-day limited-overs cricket. But even this depleted Indian side, an outcome of the circumstances after Krunal Pandya tested Covid-19 positive, had Sri Lanka on the mat for most part of the match.

In the end, the hosts won the second and penultimate T20I by four wickets with only two balls to spare at the Premadasa in Colombo on Wednesday. The series is now level with the decider to be played on Thursday.

Labouring to a modest 132/5 after being put in to bat, India’s bowlers made fine use of the conditions where strokeplay wasn’t easy at all. Batting didn’t become easier in the second half on a sluggish, sticky wicket as Sri Lanka too felt the heat for a large part of their run chase.

Bhuvneshwar Kumar again gave India an early breakthrough, while spinners Varun Chakravarthy (1/18) and Kuldeep Yadav (2/30) also bowled with a lot of heart and exploited the pitch quite well to make the equation tougher for the Sri Lankans.

But a rare poor delivery from India’s go-to man Bhuvneshwar, a rank full toss when Sri Lanka needed 18 off the last 10 balls, was deposited into the stands by the impressive Chamika Karunaratne (12 not out off six balls). That effectively was the turning point of the game, shifting the momentum completely in favour of the hosts. And with the experienced Dhananjaya de Silva (40 not out) out there in the middle, Sri Lanka ensured they held their nerves thereafter to reach the target.

For the visitors, three out of their five batsmen were on debut and to be fair to Ruturaj Gaikwad (21), Devdutt Padikkal (29) and Nitish Rana, each of them tried their bit to help India post a competitive total. Gaikwad and captain Shikhar Dhawan (40) gave India a steady start, but a mistimed shot from Gaikwad resulted in his dismissal and India’s scoring rate started to slow down thereafter.

Ahead of the game, the likes of Prithvi Shaw, Suryakumar Yadav, Deepak Chahar, Yuzvendra Chahal — all first XI regulars on this tour and among the eight close contacts of Krunal — had to be in isolation as a safety measure. India had no other option then, barring making wholesale changes in their XI and even adding the net bowlers in the squad.