Faf du Plessis's career-best knock, alongside a 71 from Bavuma and Maharaj’s 73 propelled the Proteas to pile up a mammoth 621 in their first innings and taking a big 225-run lead over the visitors 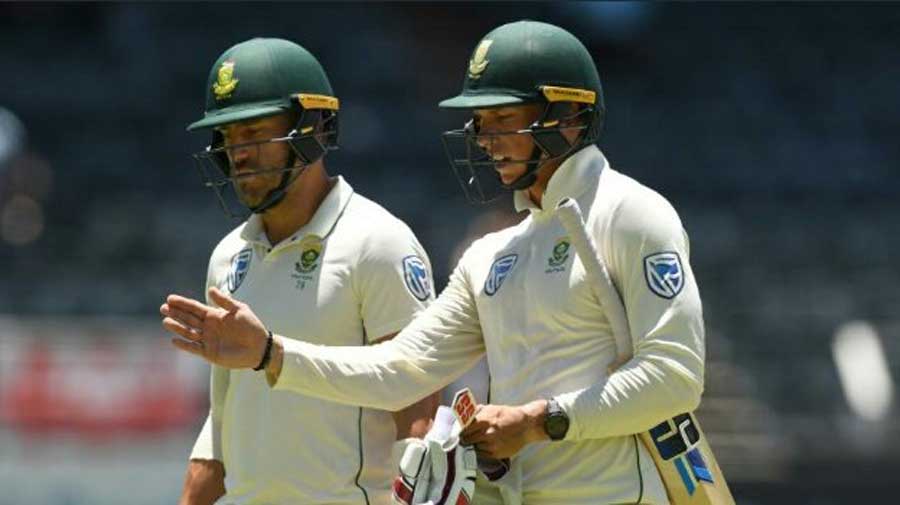 Faf du Plessis (199) fell perilously short of a double-century, but helped South Africa to be on the driving seat in the first Test versus Sri Lanka at the SuperSport Park.

His career-best knock, alongside a 71 from Temba Bavuma and Keshav Maharaj’s 73 propelled South Africa to pile up a mammoth 621 in their first innings and taking a big 225-run lead over the visitors. The visitors then lost two early wickets in their second essay with Lungi Ngidi accounting for both captain Dimuth Karunaratne and Kusal Mendis.

However, Kusal Perera (33 batting) and Dinesh Chandimal (batting on 21) remained unscathed as Sri Lanka ended Day III at 65 for two, still trailing by 160. Earlier, Du Plessis powered South Africa to 565 for six at tea on Monday as Sri Lanka’s depleted bowling attack toiled amid a horrendous run of luck.