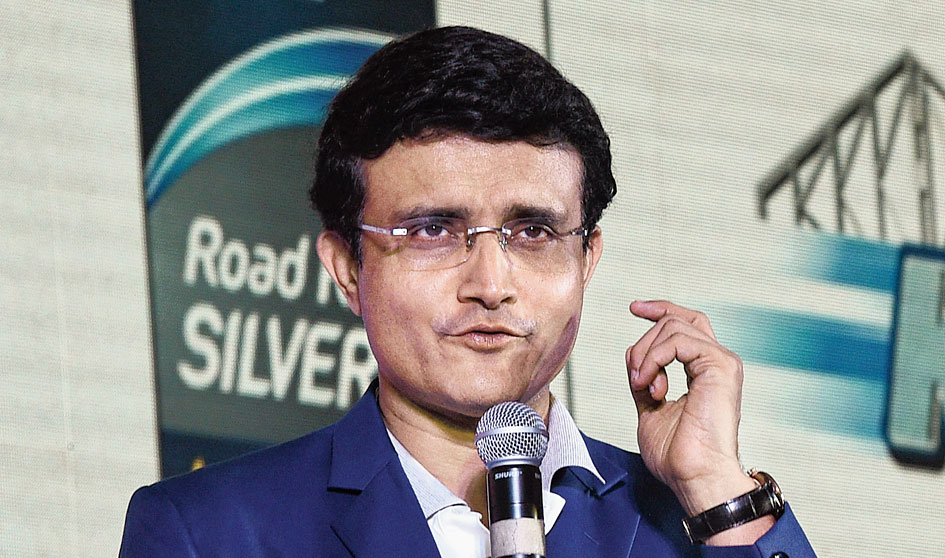 Sourav Ganguly’s captaincy was all about grit and perseverance as he drove home the need for India to win Test matches overseas, having taken charge after the Hansie Cronje match-fixing scandal in 2000.

On Wednesday, Sourav will take over as president of the Board of Control for Cricket in India (BCCI). With that, the Supreme Court-appointed Committee of Administrators’ (CoA) 33-month tumultuous ride will come to an end. Sourav has called it an “emergency-like situation”, but he’s not the one to avoid challenges.

The CoA will chair the general body meeting, which begins at 11am at the Cricket Centre in Mumbai, and will pass the accounts before the office-bearers formally take charge.

While 30 of the 38 state associations were earlier cleared to participate in the election, electoral officer N. Gopalaswami also allowed the representatives of Services, Indian Railways and Association of Indian Universities to attend the meeting. Uttar Pradesh and Manipur cricket associations will field replacements but Maharashtra can only attend without voting rights.

The Tamil Nadu and Haryana units though have been kept out of the process.

Perhaps not to throw a spanner in the works, both the high-profile units decided against approaching the Supreme Court and waited for the CoA to demit office. Anshuman Gaekwad and Shanta Rangaswamy, the Indian Cricketers’ Association’s representatives to the apex council, will attend the meeting as the CoA’s special invitees.

That he means business was evident even before he took charge as Sourav headed straight to the BCCI headquarters on landing in Mumbai on Tuesday afternoon. A meeting with CoA chief Vinod Rai was followed by one with CEO Rahul Johri as Sourav spent a few hours getting a grasp of what he will have to deal with in the coming months.

As the players’ president, Sourav is expected to lay special emphasis on restructuring the National Cricket Academy (NCA). The former India captain is likely to meet NCA head of cricket Rahul Dravid once he assumes office.

“Sourav is not at all happy with the functioning of the NCA. He wants it to be the hub of cricket, not a rehab centre for injured players. He wants it to be the best place to groom players and for that the two former captains will sit down and chalk out a detailed restructuring plan,” someone in the know of things told The Telegraph.

Another important aspect of Sourav’s presidency will be tackling BCCI’s relationship with the International Cricket Council (ICC). It won’t come as a surprise if Sourav himself is the designated representative to the ICC despite former chief N. Srinivasan’s aspirations.

There are whispers that former IPL chief operating officer Sundar Raman may be given an advisory role to help Sourav deal with the roadblocks on his path.

Besides the revenue model, the BCCI is upset with the ICC’s decision to stage one men’s event every year in the cycle 2023 to 2031. The BCCI’s contention is that it will not only hamper its own international domestic schedule but will be detrimental for IPL’s expansion, which will have 94 games in a 10-team format.

Once the conflict issue is sorted out, the Cricket Advisory Committee will also be formed which will select the two new selectors .

Testing times are ahead and Sourav is well aware of the writing on the wall.