Blank cheque from Krunal for Jacob Martin, Sourav does his bit

Jacob Martin is still on ventilator 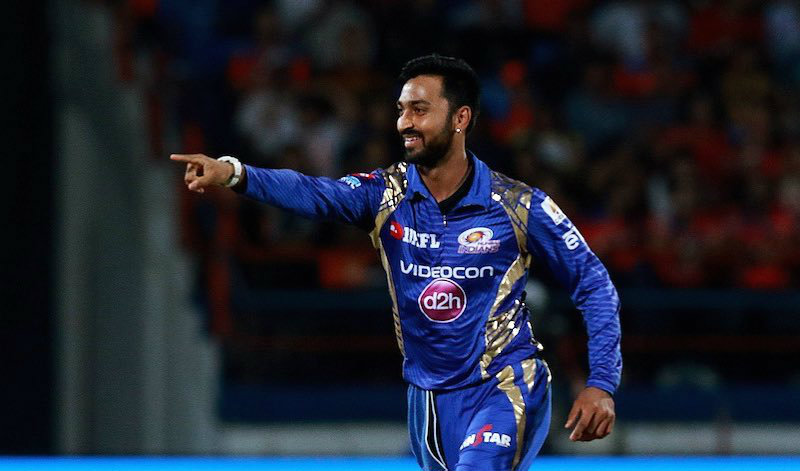 Sourav Ganguly, a game-changing former captain of India and current president of the Cricket Association of Bengal, spoke to Khayati, wife of the ailing Jacob Martin, on Monday.

The Sourav-Khayati conversation was facilitated by Sanjay Patel, former secretary of the Board of Control for Cricket in India and the Baroda Cricket Association, who has taken the lead in appealing for funds to meet the exceedingly high cost of treatment of accident victim Martin.

Sourav went beyond mere words and effected a bank transfer in Martin’s favour during the course of the day.

“I have conveyed to Mrs Martin that she shouldn’t hesitate to contact me if further assistance is required,” Sourav told The Telegraph.

Even though Martin played 10 ODIs (under Sourav, his first India captain, and Sachin Tendulkar), the Board has done nothing except release a paltry Rs 5 lakh from the Benevolent Fund.

In fact, well-placed sources revealed that quite a few former India cricketers are infuriated with the attitude of the Board, which has gladly been spending crores of Rupees in litigation.

Not to mention the fancy DA which the three office-bearers are entitled to on trips overseas and for work within the country.

Supreme Court-appointed Chief Administrator Vinod Rai is fond of issuing directives on a range of issues. Why can’t he issue one to the concerned professional appointees of the Board to release a special amount for the 46-year-old Martin?

The world would like to know from Rai, a former bureaucrat.

If Martin, an India cricketer, can be confronted with such a massive crisis, one shudders to think what would happen to some of those who don’t reach the highest level, but land in a situation similar to that of the Baroda stalwart.

It’s such a scary thought.

Meanwhile, in a wonderful gesture, Krunal Pandya (elder brother of Hardik) left a blank cheque with Patel, saying ‘Sir, please fill up whatever is needed, but nothing less than Rs 1 lakh’.

Krunal has made his India debut, in T20Is, this season.

“Martin’s family was in a dilemma, whether to appeal for help or not. Today, the situation is such that they don’t have to ask, members from the fraternity are asking about the amount to transfer,” a distinctly touched Patel said in an interaction with this Reporter.

According to Patel, Zaheer Khan made another call to him late on Sunday, repeating his wish to assist in “whatever manner is useful,” while Ashish Nehra too has joined the drive to help Martin quickly get back on his feet.

“Most overwhelming have been contributions of Rs 1,500 and Rs 1,000 from two ‘young cricketers’, one from Mumbai and the other from Ahmedabad. Look at how large-hearted they have been,” Patel added, emotionally.

Martin is still on ventilator support and the next “48 hours” are crucial.