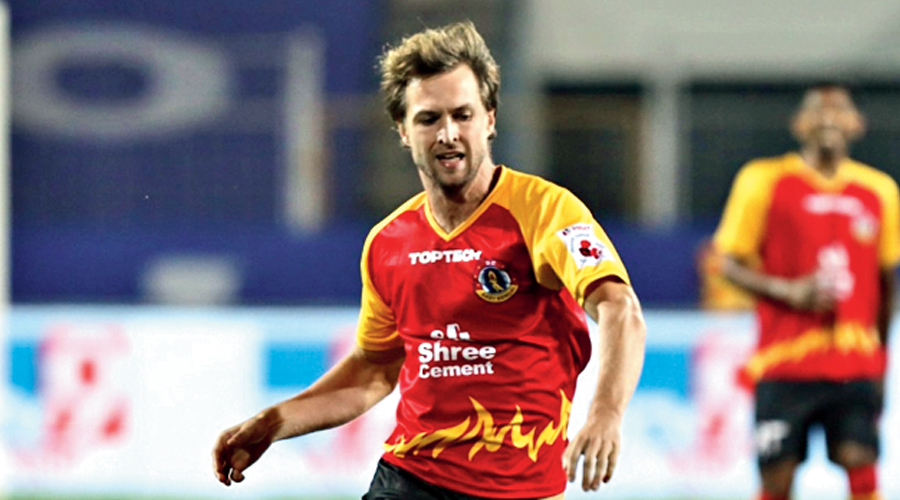 Shree Cement is hopeful that the impasse over the signing of the final agreement with East Bengal would end shortly now that Mamata Banerjee, who played a leading role in the club’s entry into the Indian Super League (ISL) last September, has returned to power.

According to a source, the investor is bullish that Mamata will intervene and help end the dispute amicably.

“We are hopeful of our chief minister playing mediator again. We all know that Covid-19 is her main priority now, but maybe in a couple of weeks she may get into the mix. That’s what the general feeling is. She helped East Bengal to play in the ISL, now the onus is on Didi to help to break the deadlock,” an official told The Telegraph.

East Bengal and Shree Cement are at loggerheads over the signing of the final agreement with both sides refusing to budge from their respective stands. That has hampered the team-building process and at a time when other clubs are signing players, everything is in a state of limbo in the red-and-gold camp.

“I do not understand what’s the fuss about this impasse. Can anyone educate me on that? There is no deadlock or anything. They mailed us a letter a few weeks back, and, after consulting our lawyers, we replied seeking clarifications on contentious issues. They haven’t got back to us yet. If they sit on that, the football team will suffer. After all, the football rights are with them,” senior club official Debabrata Sarkar said on Monday.

Shree Cement had sent a letter and attached the term-sheet — based on which the final agreement has been drafted — to the club in the last week of March. “It’s strange that the club took five weeks to reply,” the source said.

It has been learnt that Shree Cement managing director Hari Mohan Bangur doesn’t want any deviation from the term-sheet signed in September last year.

Last season, Shree Cement had invested around Rs 60 crore towards participation fee and team-building for the ISL. SC East Bengal finished ninth in the 11-team league, just ahead of bottom-placed clubs Odisha FC and Kerala Blasters. SC East Bengal, coached by Robbie Fowler, also lost both the Derbies to arch-rivals ATK Mohun Bagan and conceded an embarrassing 33 goals in the campaign, including six against Odisha FC.

The never-ending wait for the signing of the final agreement has also upset the fans. Some of the supporters were planning a protest march to the club tent on May 8 but the rising number of Covid-19 cases in the state has forced them to postpone the programme.

“Our plan was to submit a petition to the club officials asking what’s their stand on the investor issue. Last year we joined ISL very late so we could not sign good players. This year also it’s the same thing happening. Fans cannot be taken for granted by the officials,” one supporter said.

Club official Sarkar said supporters need to understand the real picture. “They do not know what’s there in the term-sheet and the nitty-gritty of the final agreement. It’s a century-old club and cannot be treated like dirt. We have to look 100 years ahead,” he said.

Looking 100 years ahead is fine but what about the team, the players?

Matti Steinmann, who has a two-year contract, decided to leave after the midfielder could not get an ISL conformation from SC East Bengal. “It’s a huge blow. Even Bright Enobakhare may not stay. It’s becoming increasingly difficult for us to convince him to play for one more season when we ourselves do not know what’s in store,” the source said.

The Nigerian was one of the standout players for SC East Bengal last season.