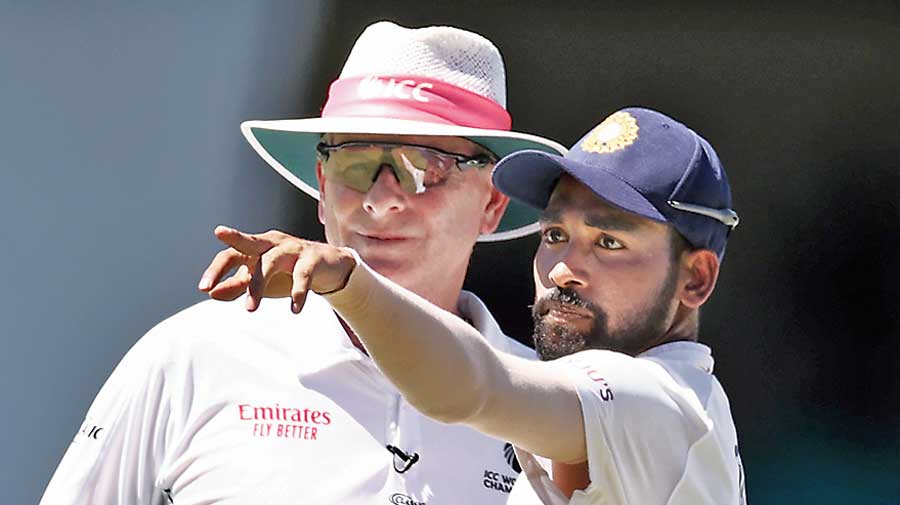 Cricket was on the backfoot in Sydney on Sunday as allegations of racism against the Indian players, particularly Mohammed Siraj, rocked the ongoing third Test for the Border-Gavaskar Trophy, even forcing play to be halted briefly as some of the spectators were expelled from the stadium.

This was the second successive day that the Indian players had to endure racist slurs from the SCG stands. The Indian team had lodged an official complaint with the authorities after play on Saturday following alleged racial abuse of Siraj and Jasprit Bumrah while they were fielding near the boundary rope.

The matter took a more serious turn on Sunday, the fourth day of the Test, when Siraj walked in from fine leg before the start of the 87th over of Australia’s second innings to speak to on-field umpires Paul Reiffel and Paul Wilson. The umpires then informed the matter to the security staff, following which New South Wales Police identified and evicted six people. Some reports claimed that another man was photographed leaving the stands quickly when Siraj approached the umpires.

Play was held up for about 10 minutes as the players remained huddled in the middle. Australia captain Tim Paine, who was one of the batsmen at the crease at that time, joined the Indian players in the huddle.

Though nothing has been revealed officially, it has been learnt that Siraj was allegedly called a “Brown Dog” from the stands.

The BCCI said that it has taken up the matter, with secretary Jay Shah speaking to Cricket Australia chairman Earl Eddings.

Cricket Australia, besides condemning the incident, apologised to the touring team. “As series hosts, we unreservedly apologise to our friends in the Indian cricket team and assure them we will prosecute the matter to its fullest extent,” said Sean Carroll, Cricket Australia’s Head of Integrity and Security, in a media release.

“Once those responsible are identified, CA will take the strongest measures possible,” he added.

The ICC has sought an action-taken report from the CA and its chief executive Manu Sawhney promised “full support” to investigations into the matter. “There is no place for discrimination in our sport,” Sawhney said.

Senior off-spinner Ravichandran Ashwin, while attending the virtual media conference at the end of the day’s play, spoke his heart out on the matter. “It is definitely not acceptable in this day and age. This must definitely be dealt with iron fist and we must make sure it doesn’t happen again.

“Look, I would like to point out something. This is my fourth tour to Australia. Sydney, especially here, we have had a few experiences even in the past. I personally experienced it as well. They do tend to get nasty. I don’t know why or for what reason,” Ashwin said.

“Yesterday, when Siraj brought it up, Ajinkya (Rahane), myself and Rohit (Sharma) got together and reported it to the umpire, Nowadays the boys are much better equipped… It must be met the way it was met and we were quite happy that those people were evicted,” he added.

Incidentally, the infamous “Monkeygate” scandal during the 2007-08 series too had flared up during the Sydney Test.