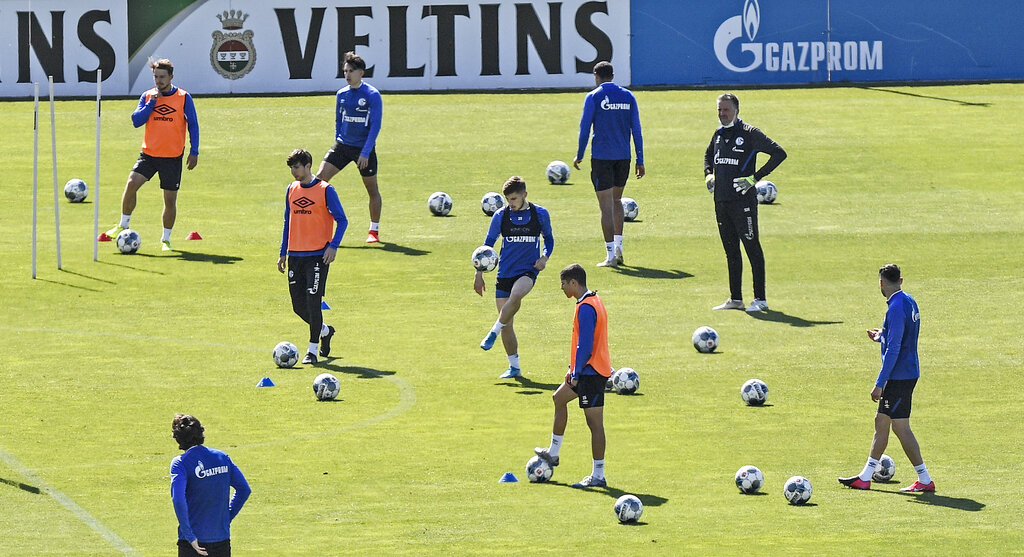 Germany’s Bundesliga will attract legions of new armchair fans around the world this weekend when it becomes the first of Europe’s major soccer leagues to resume after a two-month shutdown due to the coronavirus.

In normal circumstances, the German game, dominated in recent seasons by Bayern Munich, lacks the marketing pull of England’s Premier League or Spain’s La Liga, which boasts the world’s two biggest clubs in terms of revenue — Barcelona and Real Madrid.

Yet, even with a subdued atmosphere given the absence of passionate fans, with all games being played behind closed doors to prevent the spread of the coronavirus, the Bundesliga can use the spotlight to show its worth to devotees missing live action around the globe.

“With the Bundesliga as the only league to be broadcast on TV, I expect we will have an audience of a billion,” Bayern CEO Karl-Heinz Rummenigge told SportBild magazine.

The shouts of players will echo around the empty stands and goals will have to be celebrated with elbow or foot taps because players have been ordered to avoid hugs or handshakes.

Match fitness is a concern as teams only started training sessions for the whole squad last week having previously worked in small groups. “I’m calling it ‘flying blind’,” Hertha Berlin coach Bruno Labbadia said. “With so few days of preparation, it’s impossible to say where we stand.”

With no crowd noise to mask the odd swear word, RB Leipzig’s coach Julian Nagelsmann admitted he will have to curb his language. “I will try to behave in a socially acceptable way in the (coaching) zone,” he quipped.

With league football still at least a month away in England, Italy and Spain, and France having already decided to end its season, the Bundesliga games this weekend will be beamed around the world.

In Britain, BT Sport is showing all nine Bundesliga matches live this weekend, including the Ruhr Valley Derby between Borussia Dortmund and Schalke 04.

“Each team has nine or 10 league matches to play in order to complete the season and BT Sport will be with you every step of the way in what promises to be a thrilling climax to the season,” said BT Sport on its website.

In Scandinavia, all Bundesliga games will be available on the Viaplay streaming service with selected games on pay-TV channels, said NENT.

Bayern Munich coach Hansi Flick on Friday welcomed a decision to allow five substitutions for the remainder of the season. “I now have two more options and I am happy about it especially at this current stage,” Flick told a virtual news conference. “I hope this will not be used for time delay.”

“We will use it to substitute tired players. This is great with these weeks with lots of matches. I am very satisfied with this option,” Flick said.

Augsburg coach Heiko Herrlich will have to sit out Saturday’s game with Wolfsburg after breaking quarantine rules to go and buy a tube of toothpaste at a supermarket.

“I made a mistake by leaving the hotel,” admitted Herrlich, 48, who underwent treatment for a brain tumour in 2000.