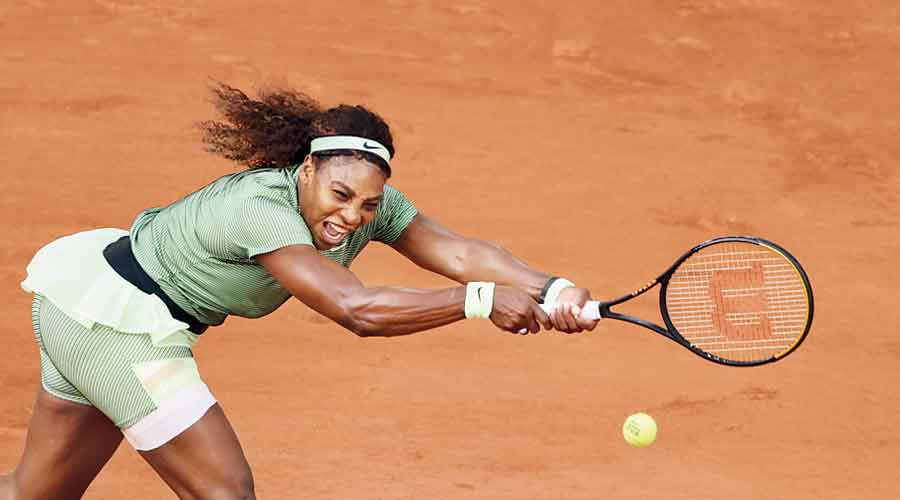 Former world No. 1 Serena Williams, chasing a record-tying 24th Grand Slam singles title, overcame a second-set blip to reach the French Open third round with a 6-3, 5-7, 6-1 win against Romania’s Mihaela Buzarnescu on Wednesday.

Serena went through the gears in the opening set before letting her guard down. Her experience, however, prevailed in key moments as she set up a meeting with fellow-American Danielle Collins.

Among men, German sixth seed Alexander Zverev blew hot and cold with his serve but had enough artillery to take down Russian qualifier Roman Safiullin 7-6 (4), 6-3, 7-6 (1) to reach the third round.

Greek fifth seed Stefanos Tsitsipas strolled past Spaniard Pedro Martinez 6-3, 6-4, 6-3 in a scrappy contest to reach the third round.

In the first round of men’s doubles, India’s Divij Sharan and Federico Delbonis of Argentina lost 6-3, 6-7 (13), 4-6  to Australian duo of Matt Reid and Alex de Minaur.

World No. 1 Novak Djokovic kicked off his campaign with a routine 6-2, 6-4, 6-2 win against American Tennys Sandgren on Tuesday.

Spain’s Carla Suarez Navarro fell just short of a dream return to competitive tennis as she lost 3-6, 7-6(4), 6-4 to Sloane Stephens, little more than a month since declaring she had won her battle with cancer.