Pat Cummins prevailed over the Indian batsman, whose half-century wasn’t enough to pull India out of the woods in the third Test 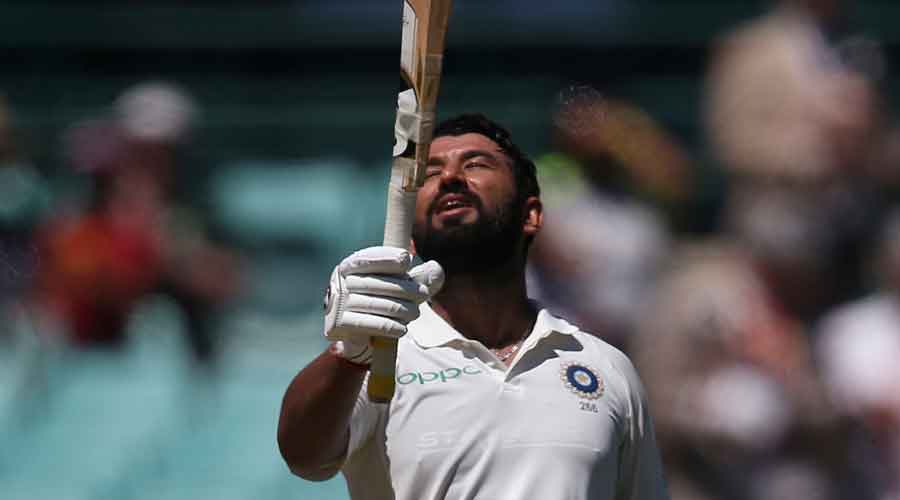 For the fourth time in a row this series, Pat Cummins prevailed over Cheteshwar Pujara, whose half-century wasn’t enough to pull India out of the woods in the third Test at the SCG.

Cummins was at his accurate best to ensure India folded for 244 in their first innings, before Australia reached 103 for two in their second essay with an overall lead of 197 at stumps on Day III.

Auguring well for the hosts, Marnus Labuschagne (47 batting) and Steve Smith (29 batting) are well set. For India, who would most likely be one batsman short in the fourth innings after Ravindra Jadeja hurt his thumb, tougher times look to be in store.

Cummins also got the prized scalp of India stand-

in skipper Ajinkya Rahane early on Saturday, but the one that got rid of Pujara, according to the India No.3 batsman, was “one of the best balls of the series”.

But what is it actually that seems to be troubling Pujara against the Australian quick? “He (Cummins) has been bowling well throughout the series. Even on this track,

with not much help, he is running in and bowling in the right areas,” Pujara said at a virtual conference after the day’s play.

“Overall, I’m confident about my batting and focusing on what I need to do. I would rather not put too much pressure on myself just because he’s getting me out.

Another talking point of the day was if Pujara could have upped the scoring rate a little bit during his partnership with Rishabh Pant, who looked steady till he was hit below the elbow. “If you look at the way our innings was progressing, we were in trouble only when Rishabh got out. Things turned around when Rishabh was dismissed followed by me.

“And yes losing Ajinkya early in the first session was a big blow,” Pujara reasoned.

Pujara may have his reasons, but the slow scoring did serve Australia’s purpose, Cummins indicated.

“You know he (Pujara) is going to hang around, but when we look at the scoreboard and see he has been there for 150 balls or so and yet they are 200-odd away from our total, that fell a long way away and we know we can continue to keep bowling well with a tight field,” Cummins stated.

Advertisement
Jadeja out of 4th Test

India’s injury woes worsened on Saturday with all-rounder Ravindra Jadeja almost ruled out of the final Test in Brisbane after fracturing his left thumb.

However, ’keeper-batsman Rishabh Pant’s elbow injury is not serious and he will probably bat in the second innings.

Jadeja’s 28-run knock allowed India to limit Australia’s first-innings lead to less than 100 but a short ball from Mitchell Starc hit him on the gloves and he needed immediate medical attention. Jadeja was in pain and once the team was back on the field for the second innings, his left thumb looked pretty swollen.