He retired hurt, scoring 60 off 41 balls, during the final T20I which India won on Sunday 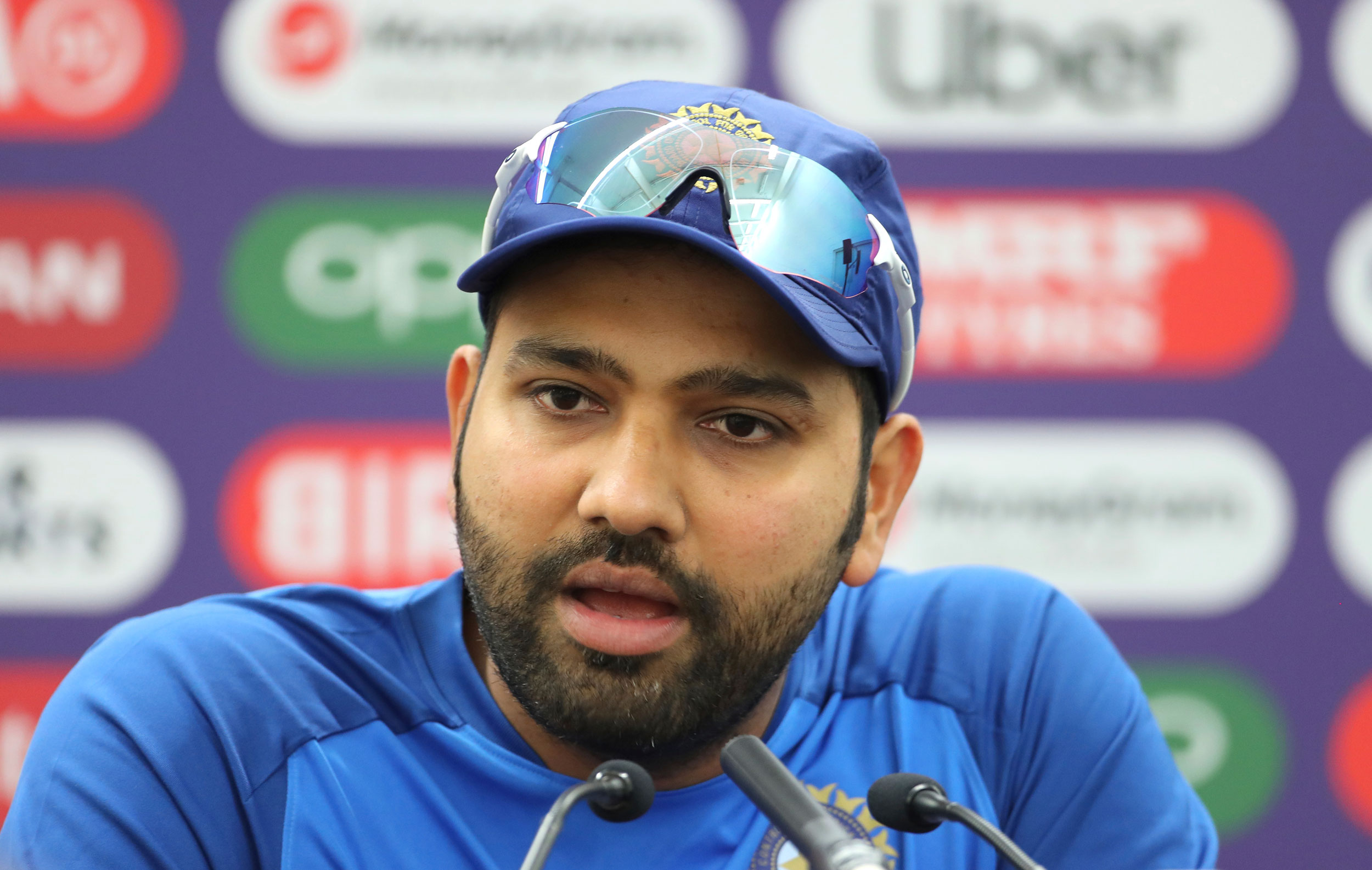 Rohit Sharma was on 54 when he needed the physio’s attention on the field, but continued batting. He smashed a six, off Ish Sodhi, but was forced to retire hurt, limping off the field soon after. India will play three ODIs, starting Wednesday.
(AP)
TT Bureau   |   Calcutta   |   Published 03.02.20, 08:15 PM

Rohit Sharma has been ruled out of the ODI and Test series in New Zealand after sustaining a calf injury during the fifth T20I in Mount Maunganui.

The injury will come as a blow since the limited overs vice-captain is considered one of the principal openers across formats for Team India.

Rohit retired hurt, scoring 60 off 41 balls, during the final T20I which India won on Sunday. Rohit, who was leading India in Virat Kohli’s absence, hurt his calf muscle while going for a quick single.

He was on 54 when he needed the physio’s attention on the field, but continued batting. He smashed a six, off Ish Sodhi, but was forced to retire hurt, limping off the field soon after.

The final leg of the tour, comprising two Tests, will begin on February 21 in Wellington. Christchurch hosts the second Test from February 29.

According to sources in New Zealand, the physio is assessing Rohit’s condition and investigation reports are awaited. It is feared that Rohit might have torn his left calf muscle, which could mean he will be out of action for at least three weeks.

Strangely, there was no communication from the Board of Control for Cricket in India (BCCI) or the team management in New Zealand on Rohit’s condition.

There was no announcement on the replacements too since secretary Jay Shah, convener of the selection committee, is on a flight to New Zealand along with treasurer Arun Dhumal.

Mayank Agarwal is expected to replace Rohit in the ODI squad. Prithvi Shaw has already come in as Shikhar Dhawan’s replacement, and so Mayank will be third opener in the ODI squad after Rahul.

Agarwal though hasn’t been in form having recorded a pair in the first of the two first-class matches against New Zealand A. He was the

reserve opener in the side during the ODI series at home against the West Indies when Dhawan was absent owing to a knee injury.

Shubman Gill’s name has been doing the rounds as the third opener in Tests after Rahul and Shaw. During India’s last two Test series at home (vs South Africa and Bangladesh), Gill was the back-up opener to Rohit and Agarwal. It is widely believed that he could form a settled opening pair in Tests with Agarwal or Shaw.

Shubman has also been in good form with scores of 83 and 204 not out in India A’s drawn four-day match in Christchurch.

Rohit has had a stupendous show across formats in 2019. He continued his match-winning efforts first against Australia at home, followed by two fine knocks in the recently concluded T20I series against New Zealand, which India won 5-0.

With the Test series being part of the World Test Championship, India would have desperately wanted their best opener in the XI. Against South Africa, opening for the first time in Tests, Rohit scored twin centuries in Visakhapatnam and followed it up with a double hundred in Ranchi.

There has already been talk of too much cricket and Rohit’s injury could have been a result of such stress. Back in 2010, an ankle injury on the morning of the Nagpur Test against South Africa pushed back his debut by almost three years. Wriddhiman Saha had made his debut then.

Only recently Kohli had spoken about the “compressed” schedule and how the players are literally “getting closer to landing at stadiums and playing straightaway.”

Stand-in captain Rahul echoed similar sentiments on Sunday. “Every month we have been playing so many games. It is hard on the body so we have been working hard, to stay mentally and physically fit, to keep putting up performances like this,” Rahul said after India’s seven-run win in Mount Maunganui.

“Travelling away and winning a series 5-0 doesn’t happen too often. So the next couple of days we will enjoy that, put our feet up and relax. Obviously we have the confidence going into the ODIs, we have been doing well for the last couple of years. Our recent form for 3-4 months has been great too,” he said.