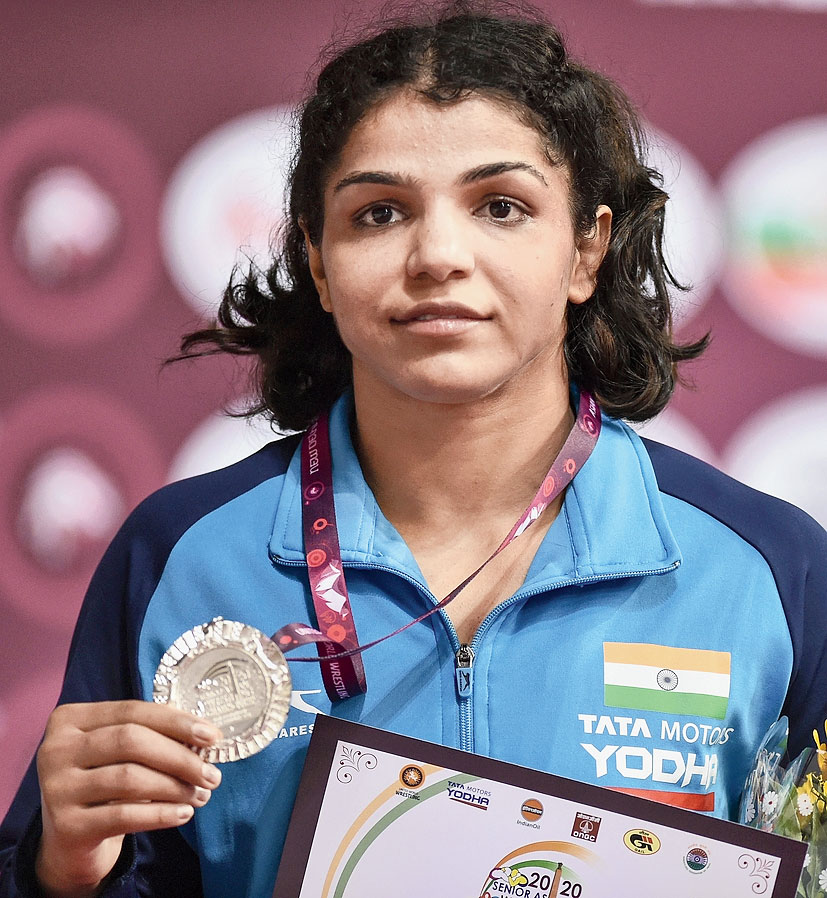 Sakshi Malik claimed a silver while Vinesh Phogat earned a bronze, as Indian women registered their best-ever performance at the Asian Wrestling Championship returning with eight medals here on Friday.

Sakshi twice lost to Japan’s Naomi Ruike — in the opening round and the final — to win her second silver at this event. She had grabbed a silver in 2017 also.

Sakshi lost her opening round 1-2 to Naomi and could not score a point in final, which she lost 0-2. “She was not that strong, but I just could not score many points against her. Initially I lost two points and that pegged me back,” she said.

Sakshi overcame two weak opponents to reach the final. She outplayed Korea’s Ohyoung Ha in her second round, winning by technical superiority.