Former world No.1 has not played since July last year 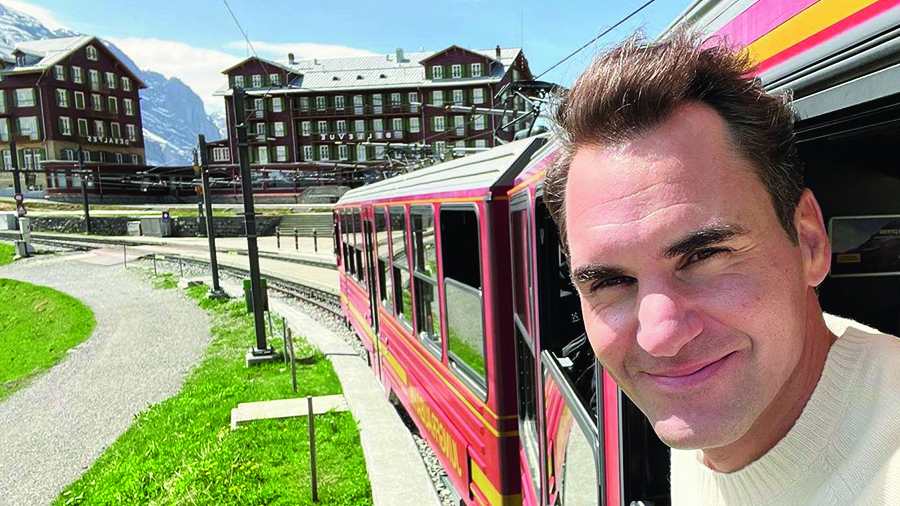 Roger Federer said he is “definitely” intending to return to top-level tennis in 2023, but added that he had not made any concrete plans beyond his scheduled appearances at the Laver Cup and his home tournament in Basel later this year. The former world No.1 who will be 41 in August, has not played since July last year, when he was knocked out of Wimbledon in the quarter finals by Hubert Hurkacz.

Earlier this year, Federer confirmed his plans to team up with Spaniard Rafael Nadal at the Laver Cup in London, before competing at the Swiss Indoors tournament.

“Yes, definitely,” Federer told German newspaper Tages-Anzeiger when asked if he wanted to return to the ATP Tour in 2023. “How and where, I don’t know yet. But that would be the idea.

“I haven’t planned more than the Laver Cup and Basel yet. After Basel, the season is over anyway. It’s important for me to get fit again so that I can train fully. Once I’ve done that, I can choose how many tournaments I play and where.

“The Laver Cup is a good start, I don’t have to play five matches in six days. I will have to able to do that in Basel. But I’m hopeful, I’ve come a long way. I’m not far away...” Federer’s Laver Cup teammate Nadal demolished Norway’s Casper Ruud to claim a record-extending 14th Roland Garros crown earlier this month, and Federer was full of praise for the Spaniard’s accomplishments.

“In general, it’s just unbelievable what Rafa has achieved,” Federer said. “The record of Pete Sampras, which I beat, was 14 grand slam titles.

“Now Rafa won the French Open 14 times. That’s unbelievable. I was happy for him that he did it again. Hats off to Rafa. After the 10th, 11th time, I already thought, ‘This can’t be’. He keeps raising the bar. It’s gigantic.” Federer paired up with Nadal for their first and only doubles match together at the inaugural edition of the Laver Cup in Prague in 2017.

Federer admitted on Saturday that “things are moving slowly” in his attempt to recover from knee surgery. Federer underwent a third surgery on his knee while his world ranking has slumped to 50, his lowest in 22 years.

Federer told Swiss broadcaster SRF that he “plays from time to time” with his four children, but “things are moving slowly”.

“I had surgery at the end of August and people ask me ‘So, how does it look?’. And each time I have to answer that it will take a little more time,” he said.

Federer said he is “currently focusing on (his) physical condition, so that there is no overload” and goes to the gym “five to six times a week.”

“I just have to stay patient, I’m making constant progress.”