Bhui eager to shine at ‘home' 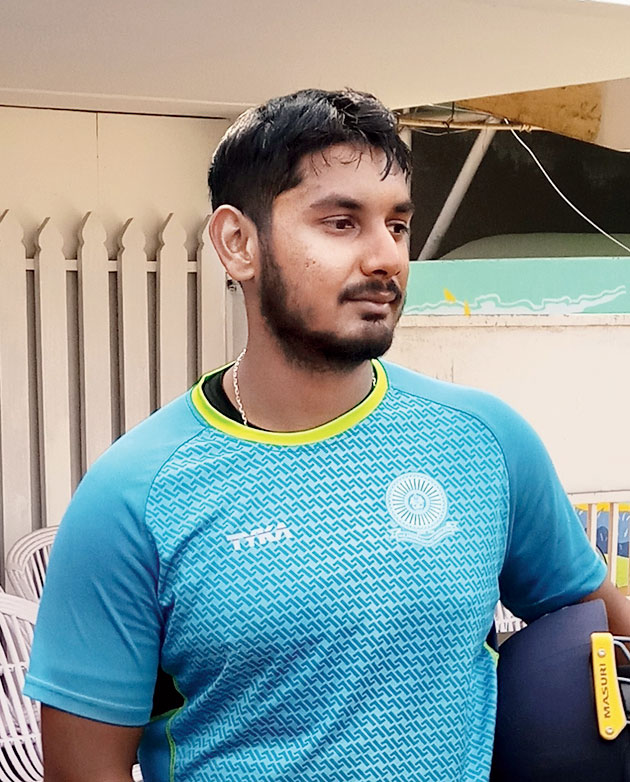 Ricky Bhui is just your boy next door Bengali from Jhargram, but the 23-year-old has become a vital cog in the Andhra line-up.

He will be trying his best to ensure Bengal feel the heat in the Ranji Trophy clash beginning Wednesday.

“It will be my first match at the Eden, though I had played against Bengal last year. I was here during the IPL (as part of the Sunrisers Hyderabad squad) too but did not play.

“It does feel nice to come back to my roots… Feels like home here, but can’t let that feeling affect my performance in the game… I’m just focusing on the game and looking forward to having a successful one,” Bhui, who has two unbeaten centuries so far in the tournament, said after Andhra’s practice session on Tuesday at the Eden.

“I am Calcutta-born, but my schooling and everything else have been in Visakhapatnam as my family had to shift there because of business…

“My uncles will be coming to watch the game and they are quite excited, like I am. I had visited their house at Santoshpur on Monday.”

Talking about the game, Bhui said it will be a hard-fought game with both Bengal and Andhra having won their previous matches.

“Bengal are a strong side with players like Manoj Tiwary, Abhimanyu Easwaran and others. It will be a tough, hard-fought game.

“They beat Kerala in their last game while we go into this match with a win over Delhi. So, there should be an intense competition.

“But obviously, the team that does better on the day and stays consistent will prevail,” he stressed.