After a slow start to the tournament, Olympic bronze-medallist team roared back into the five-team tournament with two consecutive wins 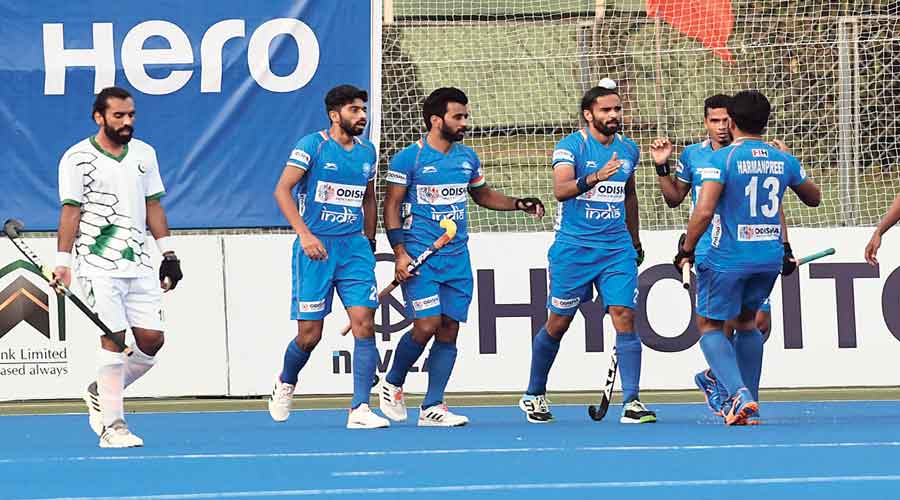 Assured of a place in the semi-finals, India would look to continue their winning run when they clash with Japan in their final round-robin match of the Asian Champions Trophy men’s hockey tournament here on Sunday.

Maintaining the rhythm is key to India’s prospects going forward in the tournament.

After a slow start to the tournament, Olympic bronze-medallist India roared back into the five-team tournament with two consecutive wins. Playing their first tournament after a historic Olympic campaign in Tokyo, defending champions India were held to a 2-2 draw by South Korea in their opener. However, the players lifted their games by leaps and bounds to trounce hosts Bangladesh 9-0 and then got the better of arch-rivals Pakistan 3-1 on Friday.

India are currently leading the standings with seven points from three games ahead of South Korea (five), Japan (two) and Pakistan (one). Coming into the tournament as clear favourites, the Indians were by far the better side among all the other teams, simply on the basis of form and world standings.

The match against South Korea was a sort of wake-up call. India looked completely different against Bangladesh, dominating the entire 70-minute contest with their far superior display.

The match against neighbours Pakistan was expected to be a close encounter and it turned out to be so, albeit in the final two quarters. India were in complete control of the proceedings in the first two quarters, taking the lead as early as in the eighth minute before doubling their lead in the 42nd.

India's dominance could be gauged from the fact that Pakistan failed to secure a single shot on the goal in the first two quarters, leave aside earning penalty corners. The encounter spiced up after the change of ends, but the Indians’ superior defensive and attacking display helped them prevail.