Ravichandran Ashwin: The Match-winner who beats his best 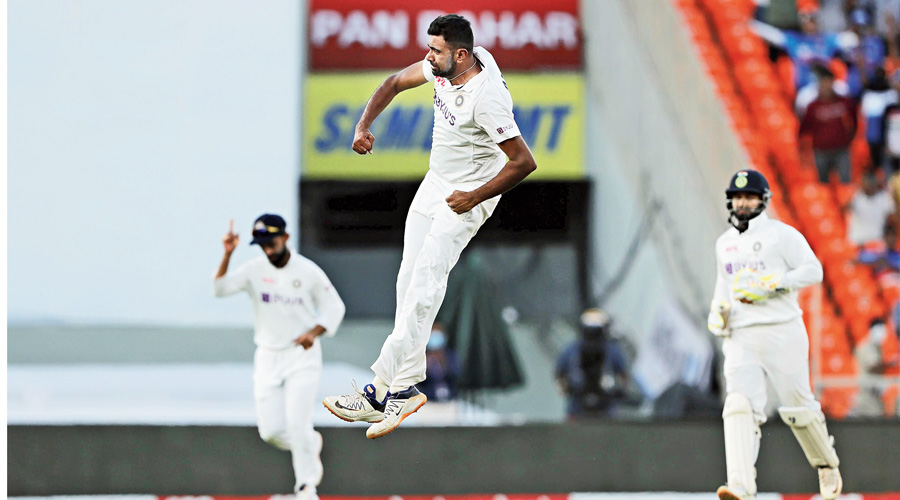 Since the tour of Australia, when he got four wickets in the first innings with the pink ball in Adelaide, Ravichandran Ashwin’s contribution for Team India has been immense. Not just with the ball, but with the bat too.

In fact, it was Australian offie Nathan Lyon who was tipped to reach the 400-mark in Test cricket earlier than Ashwin as he was quite ahead of the senior India spinner before the Tests Down Under began. But Lyon struggled to get wickets and was also let down behind the stumps by Australia skipper Tim Paine, while Ashwin kept forcing the issue and was backed up by his teammates — eventually turning out to be the second fastest to reach the 400-mark in the longest format. By his own admission, the last three months have been “a dreamy run and a fairytale” for Ashwin.

“It feels amazing actually (to reach the milestone of 400 Test wickets). The entire stadium stood up and clapped for me. I’m also pleased that it happened for a winning cause.

“I can’t really get a grip of what has happened in the last two to three months. It has been a dreamy run and a fairytale,” Ashwin told the official broadcaster after India’s 10-wicket win in the pink-ball Day-Night Test in Ahmedabad on Thursday.

Ashwin finished with match figures of 7/74. Recalling the time in Australia, Ashwin said: “I thought I would not start but then (Ravindra) Jadeja got injured and I thought it (his inclusion) might have to happen. “I also had a chat with Virat (Kohli) and Ravibhai (Shastri) about my batting, but they saw something special in my bowling and I just had to keep delivering.”

Hard work during the lockdown in terms of fitness also helped Ashwin become sharper. “I worked a lot on my fitness and lost about 7-8 kg during the lockdown. “This body is aging, so I’ve been working on it and it has looked upwards for me since the lockdown. I think my bowling was coming along beautifully in the IPL too,” he said.

At 34, Ashwin doesn’t have too many years of international cricket ahead of him. But that would not act as a deterrent when it comes to “surpassing” himself.

“But one thing is sure. I've always wanted to improve and I won’t be surprised if I surpass myself in the future,” Ashwin said.

“He has won us so many matches. Being the second fastest to 400 must be a great feeling for him. “His contribution with the bat too stands out in this series. The team relies on him a lot,” Rohit said.