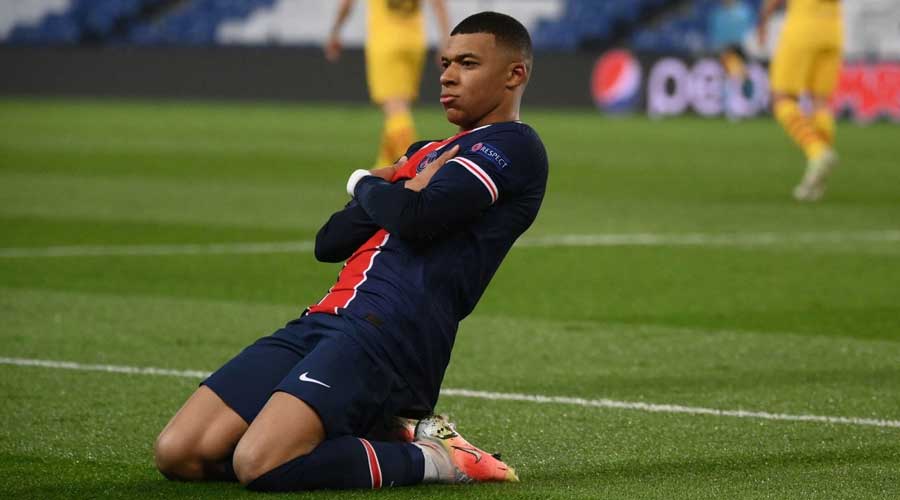 Kylian Mbappe’s proposed move to Real Madrid failed because Paris Saint-Germain did not respond to the Spanish side’s final offer.

Real were reportedly ready to pay $236m to sign Mbappe, but walked away after PSG stalled on the deal.

Real will now focus on signing Mbappe to a pre-contract agreement in January in order for him to move to the Bernabeu on a free transfer next season.

The 22-year-old’s PSG contract expires at the end of the current campaign and he has made it clear to the club that he has no intention of extending the deal.

Mbappe’s dream is to play for Real, who signed his France international teammate Eduardo Camavinga from Rennes on a six-year deal on Tuesday.

“I respect, my brother, for your professionalism, reschedule your dreams for later, life is beautiful, you’re the best,” Mbappe read in an Instagram video, with the song Dream On by Aerosmith playing.

Mbappe, however, deleted the video shortly after sharing it.

Mbappe’s France teammate Antoine Griezmann went back to Atletico Madrid on a season-long loan from Barcelona.

In one of the most eye-catching moves on Europe’s deadline day (Tuesday), Atletico secured the return of a player they sold for a reported $141.68m in 2019.

In a club statement, Atletico said the deal includes an option for either club to extend the loan arrangement by a year.

The deal had been thrown into doubt with neither side announcing the move before the midnight CET deadline.

Barcelona, meanwhile, added a little bit more Dutch flavour with an agreement with Sevilla to sign forward Luuk de Jong on a season-long loan deal with the option of a permanent transfer.

But the highlight was the Barca announcement that said they had registered Sergio Aguero after senior players Jordi Alba and Sergio Busquets agreed to a wage reduction for this season and the deferment of payments for the following years of their deals.

“We welcome Saul to the Club and believe he completes our squad as we compete for honours in five different competitions this season,” Chelsea director Marina Granovskaia said.

“He is a proven winner, a player with huge experience.”The Spain international, who came through the Atleti academy after joining aged 13 and made 340 appearances for the club, joins Chelsea on a temporary basis until the end of the season.