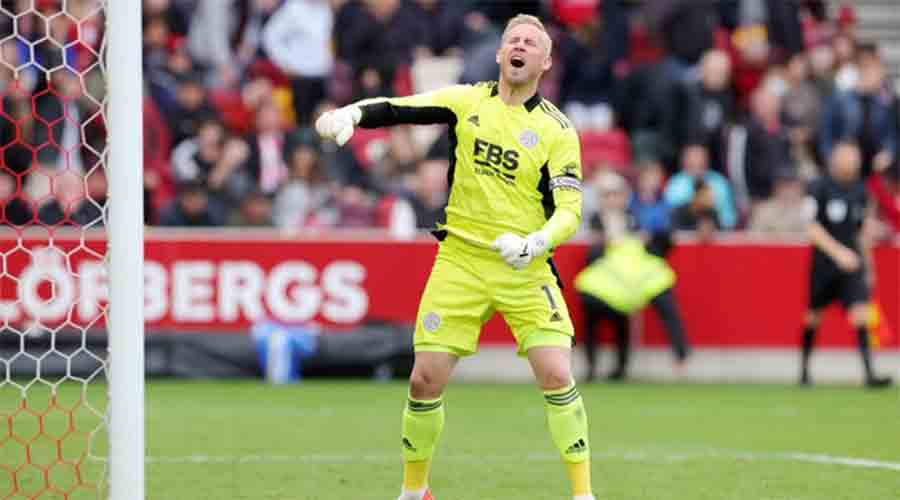 Leicester City secured a 2-1 win at Brentford in a pulsating Premier League game on Sunday thanks to goals from Youri Tielemans and James Maddison.

The result lifted Leicester up to ninth in the standings with 14 points, while Brentford dropped to 12th on 12 points from nine games.

Brentford were kept at bay by a combination of poor finishing and a string of saves by Leicester goalkeeper Kasper Schmeichel before being caught out on the counter-attack for Maddison’s 73rd-minute winner.

Defender Mathias Jorgensen flicked a header past Schmeichel at the hour mark to cancel out Tielemans’ unstoppable first-half strike from 25 yards, but Maddison restored Leicester’s advantage by tapping the ball into an empty net.

The visitors took the lead against the run of play in the 14th minute after Rico Henry could only partially clear Maddison’s free-kick, with the ball falling to Tielemans who unleashed a stunning effort that flew past goalkeeper David Raya.

Ivan Toney was caught offside early in the opening period and saw his goal-bound header tipped over by Schmeichel later in the half, but Brentford deservedly equalised after the break.

West Ham United handed Tottenham Hotspur their fourth defeat in a league London Derby this season as Michail Antonio scored a second-half goal to earn his side a 1-0 win.

West Ham moved provisionally up to fourth with 17 points while Spurs — who also lost to Crystal Palace, Chelsea and Arsenal — fell to sixth as Nuno Espirito Santo’s side failed to test the home side’s goal in the second half.

Antonio had been troubling Spurs’ defence throughout the game and he was rewarded when he scored in the 72nd minute.