'I think it's a matter for the authorities, so that it can be met with a robust response' 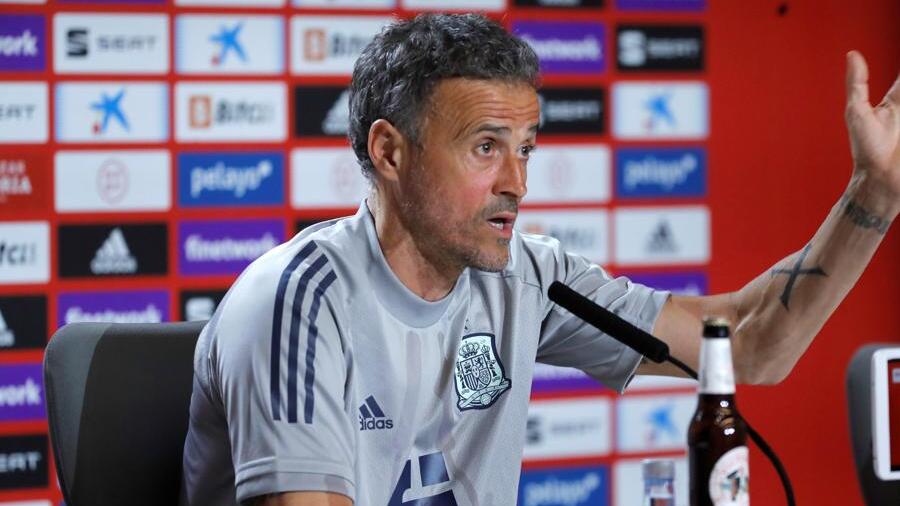 Spain coach Luis Enrique wants the police to look into the death threats directed at striker Alvaro Morata and make a “robust response”. Morata said he received the threats on social media after missing several chances during the group stage of the European Championship, including a penalty against Slovakia on Wednesday. The striker, who has scored one goal so far at Euro 2020, said some of the threats were even directed toward his sons.

“I think it's a police matter really,” Luis Enrique said Sunday ahead of Spain's game against Croatia in the round of 16.

“Because when it comes to death threats, particularly in regard to family and kids, that's a serious offense. I think it's a matter for the authorities, so that it can be met with a robust response.”

Sweden striker Marcus Berg was also subjected to social media abuse and threats against himself and his children after missing a scoring chance against Spain in a 0-0 draw between the teams. The Swedish soccer federation has reported those threats to police.

Morata, who spent last season at Juventus on loan from Atletico Madrid, has been Spain’s main striker at Euro 2020. His teammates have also roundly condemned the threats made against him.

“I really cannot imagine who would make that kind of comment on social media because it can be really damaging, not just to the player but also to the family and to the kids,” said Koke Resurreccion. “That's a step too far and it really has to be condemned.”

Koke has been teammates with Morata at Atletico and said he has been doing his best to help the striker remain focused on the tournament.