Mental health takes a toll on footballers during lockdown 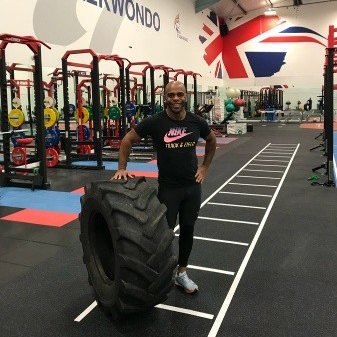 Fitness coach and mentor Wayne Richardson has had his hands full dealing with footballers’ mental health issues in a period of unprecedented uncertainty during the coronavirus lockdown.

Richardson and his staff have spoken to about 150 players, from professionals all the way down to the grassroots, during football’s hiatus.

Players have reported a number of issues, from being unable to play PlayStation with their friends to a lack of training facilities at home, but there is a common thread.

“Commonplace from grassroots, academy, scholar to first-team, players are finding it boring,” he said from his home in Manchester. “‘I cannot go to my girlfriend’s, I cannot drive here or there, go to the shop.’ We have to try and keep that in check and tell them it won’t last forever.”

Richardson, whose recent clients include Manchester United player Odion Ighalo, says uncertainty is rife among players. “Some don’t know if they will be asked to sign a new contract and we focus on ‘are there other options for you like another career, further education?’”

The Professional Footballers’ Association released figures earlier this month from a survey carried out during the pandemic that showed more than a fifth of current and former players had reported being depressed or had considered self-harm.

Richardson himself experienced a profoundly upsetting episode in 2006. He had spent hours talking to a footballer whose girlfriend had told him she was pregnant by somebody else. Richardson advised the player to take a paternity test.

He said one of the players he has talked to had plans to go to Scotland but the move hit a bump because two of the clubs who were interested had put their players on the government’s furlough scheme.

Richardson, who previously worked in projects to tackle gang crime, grew up in the tough Manchester inner-city neighbourhood of Moss Side — plagued by high unemployment and drug problems.

He said having a career observing footballers up close had shown him that they have to deal with the same issues as everybody else.