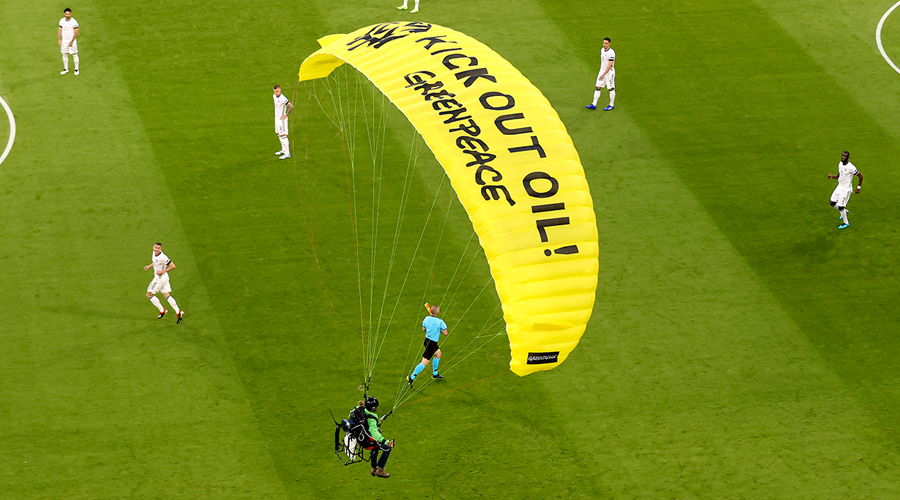 Several people are being treated in hospital for injuries caused by a protester who parachuted into the Allianz Arena in Munich before France’s 1-0 win over Germany in the Euros on Tuesday, Uefa said. The 38-year-old man, with “Kick Out Oil” and “Greenpeace” written on the back of his parachute, flew into the stadium, briefly delaying the match. Munich police are investigating the matter and Greenpeace spokesperson Benjamin Stephan apologised for the botched protest and the injuries caused. “That was never our intention,” Stephan said. France coach Didier Deschamps, who was seen ducking out of the way of a large piece of equipment near the dugout, said he suffered a “little bruise”.