No time for excuses, Kuldeep Yadav wants to perform

Owing to indifferent form, the spinner lost his place in the team and now has to prove his mettle again to earn it back 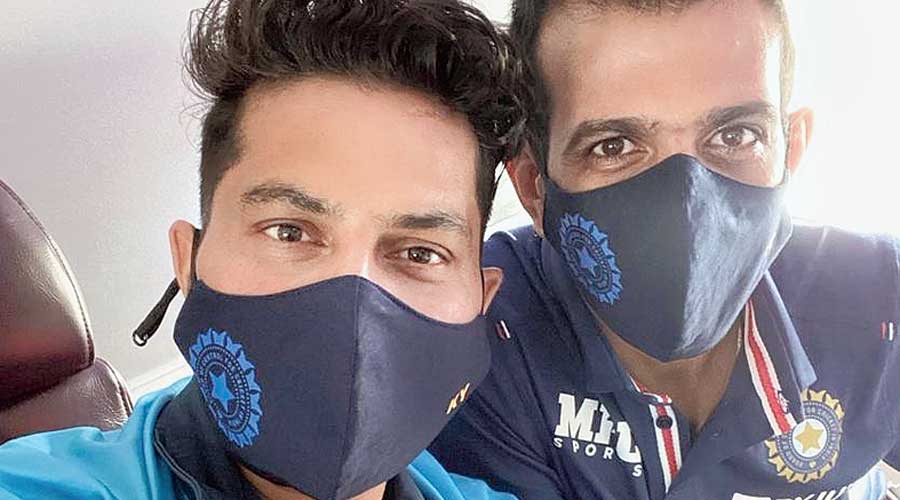 While waiting for cricket, Kuldeep Yadav was enjoying football.

In quarantine in Mumbai ahead of India’s limited-overs tour of Sri Lanka, the spinner spent his time watching Euro 2020 and Copa America and cheering for his “favourites” Italy and Brazil.

The Shikhar Dhawan-led Indian squad reached Colombo on Monday and will again be in quarantine for the next few days before getting down to training later in the week. The tour, beginning with a three-match ODI series from July 13 followed by three T20Is (all in the Sri Lankan capital), will be crucial for the chinaman bowler as impressive, consistent showing may well brighten his prospects before the T20 World Cup squad is finalised.

Kuldeep is the first and only Indian bowler with two ODI hat-tricks (versus Australia at the Eden in September 2017 and against West Indies in Visakhapatnam in December 2019). But owing to indifferent form, he lost his place in the team and now has to prove his mettle again to earn it back.

“This Sri Lanka tour is very, very important because, first of all, I’m not a part of the Test squad (in England). And secondly, this is one good opportunity to play and perform.

“Thereafter, we’ve got the IPL as well, which gives me another opportunity to be back in the reckoning,” Kuldeep told The Telegraph before the squad’s departure.

If he keeps performing, nothing can stop him from making a comeback, Kuldeep believes. “Nothing parallels performance, and if I perform, I know I’ll definitely be back,” he asserted.

“And honestly, I’m not thinking much about a T20 World Cup berth now because it eventually boils down to how well I keep doing. There’s healthy competition in the squad, so I know what my job is,” Kuldeep stated further.

He obviously didn’t get it right in the two ODIs versus England in Pune when he donned Team India colours the last time back in March, before being dropped for the third and final game.

“When teams easily get 300-plus and that too, in 40 overs or so, you can understand how the conditions were,” Kuldeep quipped, adding: “But I don’t want to blame the wickets or anything else.

“If I had bowled more good-length deliveries, I could’ve had an impact. The stuff I dished out was a little bit on the fuller length and on good batting wickets, playing shots off such deliveries becomes easy.

“At the same time, these mistakes happen when you don’t play regularly. Your rhythm then gets affected.”

On returning home after the IPL was suspended, Kuldeep soon got down to correcting his basics. Apart from the discussions he had with his personal coach Kapil Pandey, India head coach Ravi Shastri and India bowling coach Bharat Arun, Kuldeep also values the advice he received from former India leg-spinner Narendra Hirwani.

“HirwaniSir is mentally very strong. It’s not necessary that you should be told only about bowling and stuff related to it, your mindset matters too. So I speak to him a lot also regarding the mental aspect and it helps me,” Kuldeep emphasised.