Advertisement
Home / Sports / No holding back for Michael

No holding back for Michael 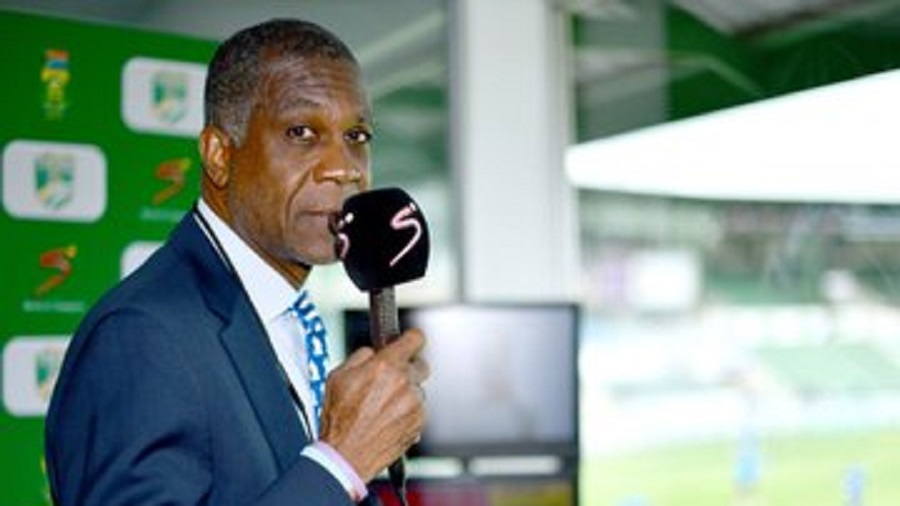 Once a part of the famed West Indies pace quartet that forced leading batsmen of the generation to duck and take cover, the legendary Michael Holding still packs a punch when it comes to speaking his mind. It’s still the no-holds barred approach albeit with smooth sophistication that earned him the sobriquet of the “Rolls Royce” among fast bowlers. In conversation with journalist Rajdeep Sardesai as part of the Tata Steel Kolkata Literary Meet in association with CC&FC, the Bengal Heritage Foundation, London, and media partner The Telegraph, the celebrated cricketer lets us in on his views on colour bias, the Black Lives Matter movement, cricket and Bob Marley in a session titled “What we need to talk about when we talk about Race”. Excerpts:

Your video in which you talk so evocatively about race has gone viral. Was it the murder of George Floyd that triggered it? Or has it been something that has been bubbling under the surface?

A lot has been going on in my mind for many years. The murder of George Floyd has brought it to the surface for a lot of people. The movement has shown that this thing can’t continue forever. I am glad it’s not just black people or people of colour on the streets in protest. We need change.

You seem to suggest that racism was institutionalised then as it is now and that sports is no exception.

If we live in a society that has institutionalised racism, sports will be affected. You hear that politics and sports should not intertwine but they are. I am interested in seeing a societal change. Society needs to believe that we are all equal.

During the speech, you almost choked, almost broke down. Did you recall what you had to go through or was it just what you had seen all these years?

I didn’t face a lot of racism. I countered it obviously. What I did then was brush it aside. I believed those people had a problem. When I started going to England and interacted with some West Indian players who lived there, I heard of what they had faced on a daily basis. When my parents got married, a few people on my mother’s side said she was marrying a man who was too dark. That only made her more determined to make her family and marriage work. And we did have a wonderful life.

You talked of educating people. Is it the real solution to this dehumanisation of black people?

It’s the only way. This world was built upon white supremacy. White was always good, always right and this brainwashing was sustained for over centuries. Black people have done so many great things in the past that have been hidden. Everyone knows about the light bulb that Thomas Alva Edison invented. Edison’s paper filament would burn out quickly but it was the carbon filament invented by Lewis Howard Latimer, a black man, which helped the bulb shine continuously. Other great black inventors have been hidden from society because it does not fit the narrative — of white superiority over black.

Some say the Black Lives Matter movement will be divisive. It could pit black against whites in some way. Is there a worry that the ground reality won’t change?

I don’t expect this bias to end today or tomorrow. It has been here for centuries. People don’t want to give up privileges because that has given them superiority. No king will want to take a crown off his head.

You went to England in 1976 where Tony Greig had made an alleged racially-charged remark before the tour that, “We’re going to make the Windies grovel”. Did the word ‘grovel’ fire you all up?

The entire team got their backs up when it heard the remark. Many thought Tony Greig was being racist. But when I got to know Tony personally I knew he was not a racist. He had apologised as well. In the last Test match at The Oval, the crowd booed him and he had to go down on his knees and hands. Tony is no longer with us but I think he had simply made a sad mistake.

Do you think there was an element of black power in the air when the West Indies were at their peak?

It was the generation of Muhammad Ali. Then there was the Black Power protest in the 1968 Mexico Olympics.

We played to assert our supremacy over everyone, not just England or Australia. We wanted to show the world we were a superior team. The West Indies team had players of all origins — Indians, Caucasians, Portuguese. We had Douglas Sang Hue, of Chinese descent, officiating as umpire.

There was a history even within the West Indies, which historian C.L.R. James wrote about in Beyond The Boundary, with Sir Frank Worrell being the first black captain of the West Indies.

Definitely. When I was growing up, there was this man Evonne Blake who once went to a hotel in Jamaica frequented by whites. As soon as he took a dip in the swimming pool, the others got out of the water and the police were called in to escort him out. The water was drained out. Remember, the Caribbean Islands were colonised at one point. If you talk of Africa, it was divided up amongst the European countries at the Berlin Conference.

When a Barbados-born Jofra Archer bowls England to victory as in the World Cup 2019 Super Over, does it melt boundaries?

It does. He helped England win the cup. But what comes later? He faces racist abuse on his social media.

Did you ever face any discrimination in India because Darren Sammy has alleged that his SunRisers Hyderabad teammates had used a racial slur at him?

Not colour discrimination. It was the huge fan base and support for India that we had to be hiding from the public (laughs). We keep hearing about the caste system in India though. I know the colour thing exists in India because when I am in India I get to see these fairness cream ads. Bob Marley had sung about it, “Emancipate yourselves from mental slavery, none but ourselves can free our minds” (Redemption Song). People sing it and dance to the rhythm but they don’t read the lyrics. Go listen to the words.

There are far too many. I would use Bob Marley’s Buffalo Soldier to describe Virat Kohli.

Andy Roberts. And not just playing with, we are still bosom buddies. We started out at almost the same time. We used to be 12th men for our respective islands in the domestic games in Jamaica. We were best man at each other’s wedding.

How was it with all these great West Indies fast bowlers? Was it serendipity?

Yes, it was just a perfect storm coming together. Great talent but when we played, it was like a family. We also built a physically strong team by training hard under Dennis Waite. He built the team into a machine.

You seem much more than a cricketer now when I hear you. There’s almost a philosopher.

If you come to my house in the Caribbean, you would not know I had been a cricketer. There are no cricketing pictures. All sportsmen have to go beyond their sport. One needs to read. Even on tours, I am reading.