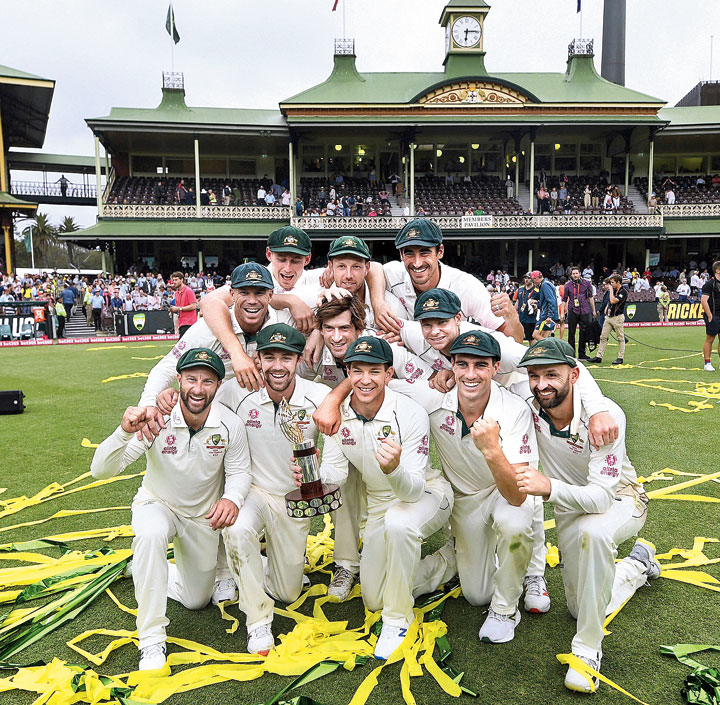 Spinner Nathan Lyon took 10 wickets for the match as Australia underlined their absolute dominance of New Zealand with a crushing 279-run victory in the third Test at the Sydney Cricket Ground on Monday to sweep the series 3-0.

The hosts were utterly ruthless with bat and ball throughout the series and dismissed New Zealand for 136 having declared on 217 for two after lunch to hand the Black Caps an unlikely victory target of 416.

Lyon, aided by paceman Mitchell Starc’s 3/25, cleaned up the tail on a deteriorating pitch to finish with 5/50 to add to his 5/68 in the first innings.

“It’s a great summer for the Australian Test side and it’s very special to be part of it, to win Tests at home and be very clinical in all wins, very impressive,” off-spinner Lyon said. “To take 10 on my home deck in front of friends and family is pretty special.”